After an absence of three years, the NAB Show is back with a rash of signature product launches. It’s probably no coincidence that the past 36 months have seen little in the way of innovation in the broadcast and professional video industry, apart from a slew of mirrorless cameras. The unstoppable force that is the engineer needs the immovable object – the trade show – to get the creative juices flowing it would seem.

So, where to start? Well, how about alphabetically?

Atomos, inventors of practical, high quality field monitor-recorders are moving to the cloud with the introduction of Atomos CONNECT for Ninja V/V+ (£325 + VAT) and Shogun CONNECT 7” (£1,099 + VAT). The former, not to be confused with their HDMI to USB converter for streaming, which has the same name, is an add-on module for NINJA V and NINJA V+ that connects your camera to the cloud for both streaming and collaboration. Shogun CONNECT 7” has the same unit built in.

Unlike other streaming solutions, for either product you don’t need a computer to encode the stream, so you can stream direct to the platform of choice, for example Facebook Live, YouTube etc. Also, thanks to a partnership announced at NAB22 with Adobe, both are recognized as a Frame.io Camera to Cloud device. This makes the new dual record feature – the ability to record a proxy H.265 file alongside a full resolution Apple ProRes or Avid DNxHR/HD file – incredibly powerful, as it gives many thousands more filmmakers access to cloud-based workflows.

Over on the BirdDog booth, there are not only some new PTZ updates, but some interesting new diversifications from the recently AUSDAQ-listed, Melbourne-based company.

Nominated for Product of the Year at NAB22, CORE is an NDI encoder/decoder with a difference – it’s incorporated into a monitor! Available in two screen sizes – 5” and 7” – each converts any SDI or HDMI signal live into NDI®, NDI® | HX2, NDI® | HX3, SRT, H.264, HEVC/H.265, RTMP, or RTSP in up to 4Kp60. Oh, and they’ve both got a full range of video analysis tools too, including vector scopes, waveform and RGB parade.

While OG4 is unreservedly a broadcast product, BirdDog Pod looks more towards the AV market. it’s an NDI® to USB webcam converter that automatically detects NDI sources to connect to Zoom, Teams, Meet or any conferencing or software application that supports a USB webcam input.

Battery manufacturer Core SWX has been busy too. New for NAB22 are a range of batteries that support Atomos monitor-recorders. Two new NPF style batteries, the NANO-F and the NPF-ATOM50 fit Atomos 5-inch and 7-inch devices respectively. To satisfy the power needs of the NEON reference monitors Core has announced the new CSX-NB19 battery module.

Originally intended for launch at NAB last year before it was cancelled, Datavideo finally unveiled the Showcast 100, the company’s first 4K switcher. With 4 HDMI inputs and outputs, this compact touch panel switcher is as versatile as it is portable. The Showcast 100 can switch video, overlay text and graphics, control cameras, live stream, record, and mix audio all from a single unit. The incorporation of a touchscreen panel makes it intuitive and easy to operate, even for the live events novice. 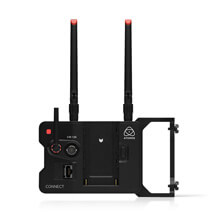 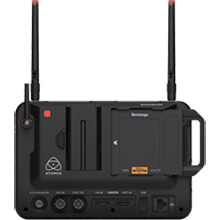 All-in-one device for HDR monitoring, RAW recording and a connection to the world 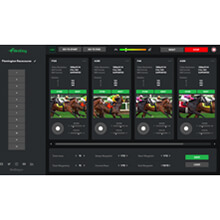 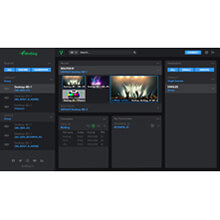 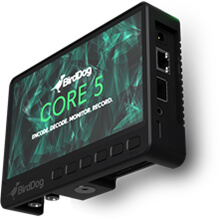 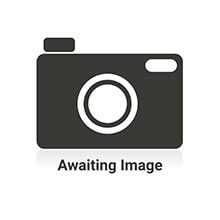 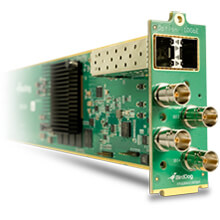 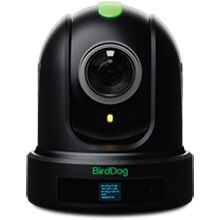 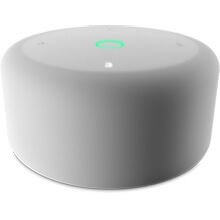 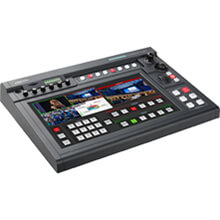