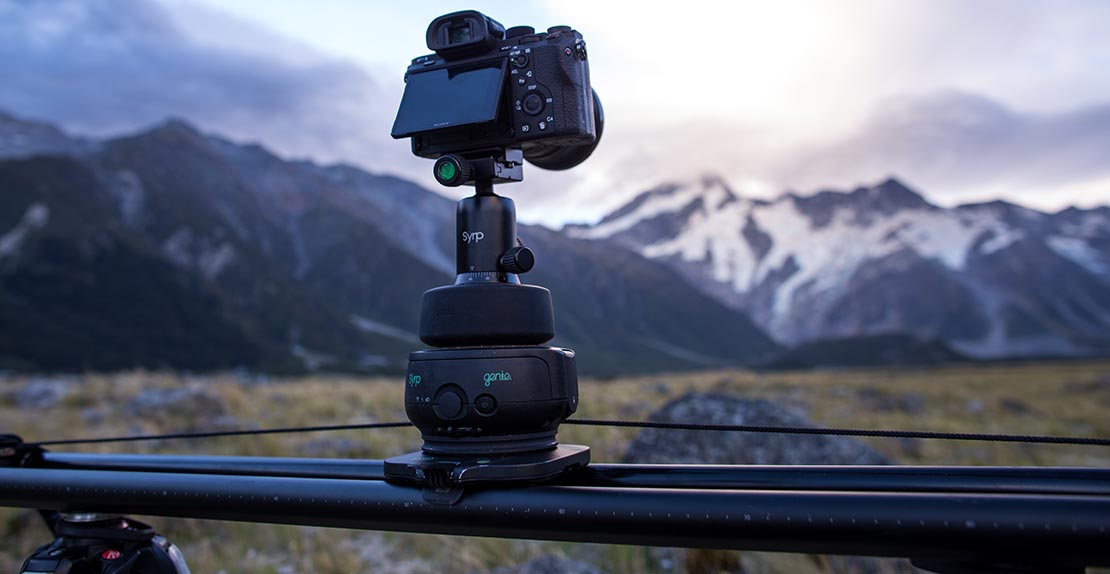 Why do you need a camera slider, and how do you pick the right one for you?

You don’t necessarily need a slider. But like anything in your kit bag that produces a better shot, you often wonder later how you lived without it.

The high-end movie business realised very early on that a good moving shot usually beats a static one. They spend millions on cranes, dollies and track equipment and then repeatedly go through all the logistics of getting this sometimes huge equipment in place. All this in the pursuit of smooth and precise camera movement - even if the shot only lasts a few seconds! Believe me they wouldn’t put themselves to this trouble without a good reason.

The trademark “Bourne Identity” shaky cam has its place, but it is worth mentioning our eyes just don’t see like that. Whether you are looking at something close or far away, walking or even running, your brain does an excellent job of stabilising your vision. Obviously unnatural movement from the camera reminds the viewer that a camera was there filming in the first place. A good thing if you intended to add the camera as a character, or create the illusion of surveillance, but can be very distracting if your primary concern is the subject you are filming.

So why introduce a camera slider into the equation at all why not just stick with your trusty tripod? After all a tripod shot doesn’t have to be static: you can smoothly pan and tilt and zoom in to your heart’s content. But sorry again if this is stating the obvious… as human beings we don’t just view the world standing in one spot moving our head around, and unfortunately our eyes can’t zoom in and out!

So of course, a very valid choice for certain types of production is the Steadicam or motorised gimbal, which do a great job of giving a more natural “shake free” feel to handheld camera movement. But great tools as these are, they still don’t give you the same precision and accuracy of a true tracking dolly or camera slider shot. The staple, push in, pull back and reveal, horizontal tracking shots etc. are still all best achieved with a slider or dolly and track. Also, often overlooked is continuity: a dolly and track or slider setup is still the best way to be able to replicate the exact same camera movement for multiple takes.

The camera slider as well as adding to your arsenal of shots and the available grammar in your visual storytelling, is the modern, portable version of the Hollywood ride on a dolly and is undeniably one of the easiest ways to add some high-end bling to your production.

Bottom line is, most camera operators probably already know a camera slider is a very useful tool and are only one car shoot away from making a purchase.

So, with that said, what makes a good camera slider…

It’s all About the Slide

Believe it or not some manufacturers favour gimmicks over the ability to produce a smooth and stable slide. The problem is once you have committed to pulling off a slow and smooth tracking shot, your audience is now expecting those high-end Hollywood production values, so any undesired wobble or jolt will stick out like a sore thumb. When choosing a slider this should absolutely be the thing you worry about. We have used a lot of sliders and many fail this basic test.

Next, you’ll need to look at how you’re going to use it. It’s no good choosing a light and portable setup if your planning on doing a lot of Arri Alexa or URSA Mini shoots, likewise if you’re climbing up a mountain to do time-lapse with your DSLR, don’t over spec and over strain yourself.

Once you have established the balance of what your payload is likely to be, and the size and weight of the slider you are willing to carry around, narrow down your choice and consider the other features that may appeal to you.

Come Fly with Me

Look out for a thing they call a Fly Wheel, a spinning weighted wheel that turns and creates inertia. It helps smooth out the motion as you manually push your slider, and is especially useful if you don’t consider yourself to be steady handed.

Speed is of the Essence

As with all camera gear, ease of use and speed of setup should be high on your list of priorities. Look at how quick and easy it is to set the slider up on a surface or a tripod, then connect and disconnect your camera rig on and off the slider. Being as close as possible to completely tool-less is a good thing, you’ll know this if you’ve ever had people waiting around for you to get act together while you struggle to find the right hex key!

The Long and Short of It

Too long a track run and you may struggle to transport it or be tempted not bother taking it. Too short and you limit your creative possibilities to only the most modest tracking shots. The solution is an extendable system that breaks down for transport but also means you don’t have to take more track than you need, however be careful to check the track joins don’t interrupt the smoothness of your slide.

Some other features to look out for are:

I hope this may be of some use helping you decide if a camera slider is right for you, and if so which one you should choose.
Happy Shooting!

Both are fully compatible with the Syrp Genie II Linear and Genie II Pan Tilt, transforming your slider into a motorised motion control device.

PTZ for a Remote World

Holdan appointed by Fledging as the exclusive distributor for Europe

Turn One Camera into Four with the KMU-200