A contemporary of great 19th century novelists such as Dickens, Turgenev and Flaubert, Božena Němcová is an iconic Czech writer and an important figure in the country’s revivalist movement. Her mystical stories and novels draw on a pastoral tradition, the re-awakening of Czech values and the re-discovery of national culture in the countryside and among the peasantry.

To mark the bicentenary of her birth, Czech TV ran a series of programmes dedicated to the author. Working in multiple locations, the production crews needed a wireless system to support their production workflow, giving focus pullers, camera operators and crews real-time remote monitoring.

Today’s television viewers expect a cinematic experience, with the same production values as they see in film. To help TV reach the same high standard, wireless technology is a necessary part of the workflow. For us, Teradek is simply the best and our experience so far is only positive.

This project saw multiple wireless units available to Czech TV crews in Prague, Brno and Ostrava, enabling them to adopt Bolt for the entire series of programmes about Němcová.

Božena Němcová is very important in the story of the Czech people. She helped invigorate our language and assert our culture at a time when our national identity was at real threat. As we hold the writer in such great esteem, the producers wanted to create a fitting tribute to her with a series of very high quality programmes to be shown on national television. Teradek Bolt helped the crew achieve truly cinematic results. Concludes Kocáb.

Distributed by Holdan, Bolt 3000XT is the flagship HD model in Teradek’s very low latency wireless transmission range. Offering 1000m range, the model features a 5GHz spectrum analyser, manual channel selection and access to 24 20Mhz channels. This gives it the ability to deliver extremely reliable transmission performance, even in areas that are congested with wireless traffic. 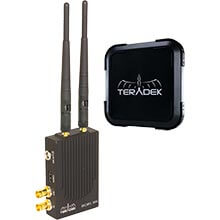 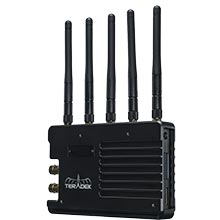 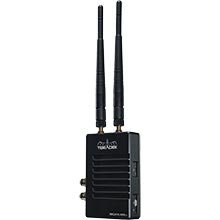 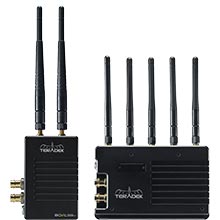