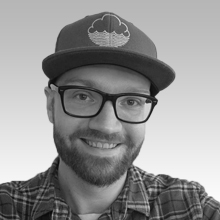 Atomos have just released the AtomOS 10.7.1 firmware update for the Ninja V/V+, which adds support for the new AtomX CAST. If you already know about the X CAST, you’re no doubt very excited to hear this news! If you haven’t, then let’s get you caught up…

The AtomX Cast, on its own, isn’t really anything. Just a dock with several HDMI connections and a USB-C port. But when you mount the Ninja V - a 5” on-camera production monitor/recorder - onto it, it becomes the Ninja CAST. An HD, 4 channel HDMI video switcher, with recording, live production features AND built-in streaming capabilities.

A Quick Note on Set-Up

The Ninja V mounts to the AtomX CAST via the NP-F battery slot and is secured in place with a hinged ¼-20 top screw. Once connected and powered up (mains PSU on the CAST), you’ll need to go into the ‘Source’ tab in the menu of the Ninja V and select ‘AtomX Cast’. This will put the Ninja into switcher mode and the AtomX CAST unit will light up. Once this is set, the Ninja will remain in this configuration until you change the source back to HDMI/AtomX SDI (for on-camera use).

The NinjaCAST allows you to connect up to 4 HD video signals (up to 1080p60) over HDMI, view all inputs via a quad-split Multiview on the Ninja V’s 5” display, and then switch between them to create a live, multi-camera production. Switching can be done by either using the buttons on the AtomX CAST, or by tapping on the required shot in the Multiview on the Ninja V. Audio can be brought in through the HDMI camera feeds or via the Mic/Line input on the Ninja V using a 3.5mm audio jack (for example, if coming from an audio mixer). Using the menu system, you can easily designate how the audio is utilised; whether it’s locked to a single HDMI source (this can also be selected through the Audio tab on the Multiview screen, or by hitting the F2 button on the X Cast, and selecting the source), via the Mic/Line input, or you can set it to Audio Follow (AFV), which will take the audio from whichever source you cut to.

Audio can also be monitored via the headphone jack on the side of the Ninja V.

The NinjaCAST has a few built-in features that can give your live show a more professional look, making it more appealing to your audience.

Selecting the PiP (Picture-in-Picture) function will allow you to drop a second, scaled down, video feed into your program output, in any corner of the screen. This can be useful in interviews, presentations or gaming streams where you want to have the main subject (interviewee, video game, etc) as the Program Out, but still want to keep a shot of yourself (or anything else) on screen too.

Using the Overlays feature allows you to add graphics (maximum of 4 configurations). This can be anything from Name/Title straps to bugs, brand/event logos and placeholders like still images and messages (BACK SOON, etc). The files are stored on the Ninja V’s SSD drive and you can assign up to 8 files at a time.

Both functions can be quickly and easily configured through the menu and then assigned via the buttons/display. Simply select one of the functions (F1 for PiP, F2 for Overlays) and then hold down the set-up number to assign it to a desired source. When you cut to that source, these will be automatically overlayed on the image.

The AtomX CAST has two Program outputs (the live view that your audience sees); HDMI for local monitoring/distribution (up to 1080p60) and USB-C (up to 1080p30) output for connecting to a computer.

The computer will recognise the AtomX CAST as a webcam input and you can select this as the camera source in a variety of streaming and video conferencing applications; including Microsoft Teams, Zoom and Skype and OBS.

The biggest feature of the Ninja V is its ability to record to connected SSD drives. When recording directly from a camera, it’s capable of recording video up to 4Kp60 (6Kp30 RAW too!) into ProRes or DNxHD codecs, allowing for faster editing workflows.

When in switcher mode, you can record the HD Program feed in the same codecs, which you can then run through your editing system to grade, add opening/closing title sequences, effects, etc.

The Ninja V comes with an SSD caddy that you can insert a drive into and then attach to the Ninja’s SSD slot. Holdan recommends AngelBird’s AtomX range of SSDs; a rock-solid SSD drive, developed specifically for Atomos’ SSD slots across their range.

The NinjaCAST is a powerful, multi-purpose switcher and monitor/recorder that will allow you to elevate your live productions/streams to the next level, whilst also expanding the capabilities of your single-camera productions.

The AtomX CAST and the Ninja V can be purchased separately, so if you already own a Ninja V you can purchase the AtomX CAST as an add-on accessory. If not, go for the full NinjaCAST kit, which gets you both units.

Both units are available now and can be purchased through your preferred reseller. For more information, visit our website, give us a call or email at sales@holdan.co.uk. 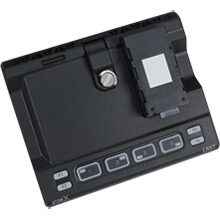 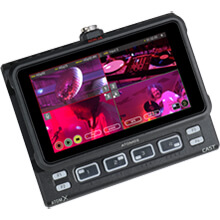 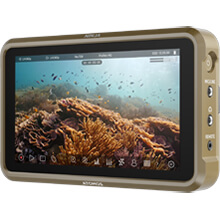