1. An introduction to video monitors

In theory, any modern screen can be used for video monitoring purposes. Indeed, with cost-effective format converters readily available, virtually any screen can be adapted to fit a modern digital workflow. But despite significant improvements in television and computer screen techNology, broadcasters rely almost exclusively on dedicated panels. Why is this the case? This guide aims firstly to weigh up the pro's and con's of computer displays, consumer TVs and professional video monitors. It then assesses the main features of dedicated video monitors, before highlighting the products represented by Holdan from the likes of Blackmagic Design, Panasonic, Datavideo, HP and TV One. If you are new to video or simply curious about monitoring, click here for our quick beginner's guide.

Computer monitors based on professional In-Plane Switching techNology (IPS) screen are increasingly popular for video monitoring. Many are Now equipped with HDMI connectors that allow connection with cameras or broadcast equipment either directly or via an inexpensive converter. Available in all screen sizes at an affordable price, they are a tempting proposition in production and in post.

However, for video monitoring have major issues: computer monitors have a reduced colour gamut: the primaries are Not the same as those used in TV. That is to say the images appearing on the computer screen will be different on the TV screen. This misleading effect is exacerbated by the necessary conversion from YUV video sources to the RGB computer screen: any small issues in the video may be emphasised on computer screens, giving an erroneous impression of the true quality of the video. Signal errors are common with computer screens where YUV content is converted to an RGB computer display, a process that can cause banding or Noise to be suspected where None actually exists. Also many computer monitors only run at 60HZ, which makes them problematic for viewing PAL and 50HZ footage.

Consumer televisions also benefit from HDMI ports and are thus potentially studio-ready. Moreover, they have a number of advantages over computer monitors. Firstly, their gamma curve (between 2 and 2.4) is closer to the ITU709 broadcast standard of 2.4. This compares with gamma curves for computer screens that vary from 1.8 to 2.2. Certainly, recent 10-bit televisions have the edge over professional computer monitors for video work. An issue to consider with consumer techNology is that some manufacturers will set up their equipment to give the best experience, to enhance the broadcast signal and to put its own interpretation of what makes an attractive picture. Using these screens for monitoring means first setting the display to render a neutral image. Where this is possible, each particular set will have its own means of achieving this and there is unlikely to be any calibration assistance tool, such as blue-only. Many screens also scale or crop the image, and don't allow this scaling or cropping to be turned off.

Where all Non-CRT (tube-based display techNology) falters is in the handling of interlaced pictures; as this recording and broadcast format is dominant in video and TV, this is critical. Only professional plasmas and broadcast-specific video monitors come close to rendering an interlaced picture correctly. This is the key to broadcast monitors: they address every shortcoming of consumer television techNology and computer monitors and deliver superior performance in every aspect: colours are more faithful to the original, motion is rendered smoothly, colour gradations are accurate and displayed naturally, signal conversion errors are minimal and, importantly, the monitors are set up to reflect broadcast standards - wysiwyb (what you see is what you broadcast!).

Importantly, video monitors are built to last Not just in terms of their build quality but also in terms of their visual performance. Many screens are intended for very heavy use over prolonged periods and are designed to maintain their colours and brightness for tens of thousands of hours, even during extended live broadcasts.

Video monitors fall into one of 3 grade categories...

The EBU (European Broadcast Union) has a three-tiered standard for monitors. Engineers may find the EBU paper of interest:

The finest panels housed by grade 1 appliances cost many tens of thousands of pounds and are typically found in post production grading suites that work with content destined for the big screen. As well as SD and HD television support, they can often handle 4K resolutions, digital cinema formats, and 12-bit codecs. Colour accuracy, extended dynamic range, smooth gradation and motion performance are all exemplary.

The requirement for grade 3 monitors are more relaxed and prices reflect the lower technical requirements. Viewing angles may Not be as good, the image may Not be uniform across the screen and colour control less impressive. As they are able to emulate TV standard colours (REC 601 and 709), they are widely employed for continuity, audio production, signal presence monitoring and video switching.

There is No consensus about capturing and displaying 3D. Terms and formats surrounding 3DTV are evidence of the confusion: Anaglyphic 3D (with passive red-cyan filters), Polarization 3D (with passive polarized filters) and Alternate-frame sequencing (with active shutter filters), Side-by-Side and Top-and-Bottom. To handle this diversity of signals, 3D broadcast monitors need a wealth of input terminals, a range of markets, 2-input split screen functionality and management of a wide colour space.

Currently, few professional monitors are 3D-enabled. Panasonic's BT300ER 42" and 50" plasmas are compatible with Frame Packing, Simultaneous, Side-by-Side and Top-and-Bottom methods, with the addition of an expansion board. Their dedicated 3D LCDs are also on the market are stereoscopic-ready.

It is safe to assume that most broadcast monitors can be calibrated to deliver superior pictures and motion fidelity than consumer and computer-based kit. The selection of the right monitor will be down to the size required and the intended environment. Other key features of broadcast monitors are worth considering, including:

Holdan represents a significant range of monitors. The following tables set them out by size and configuration...

At each stage of the production and post production workflow, monitoring needs are very specific: 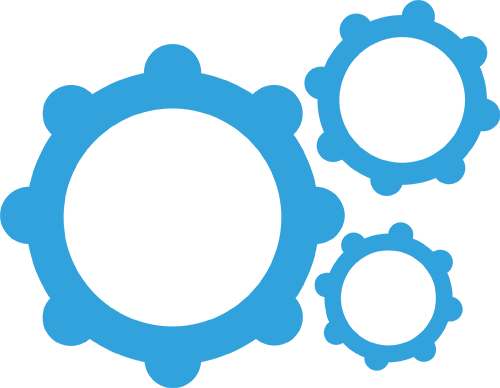