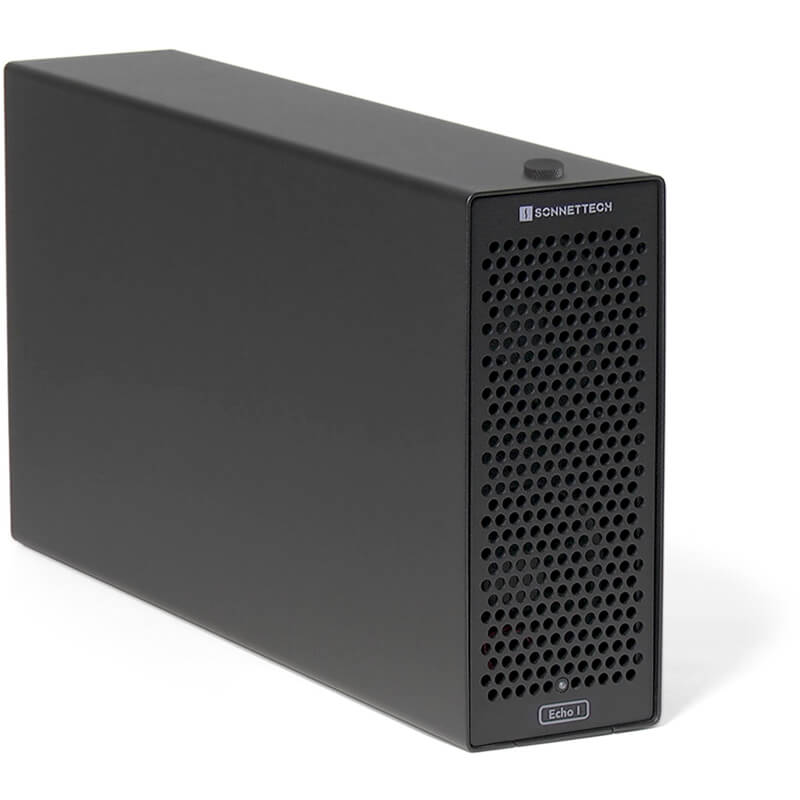 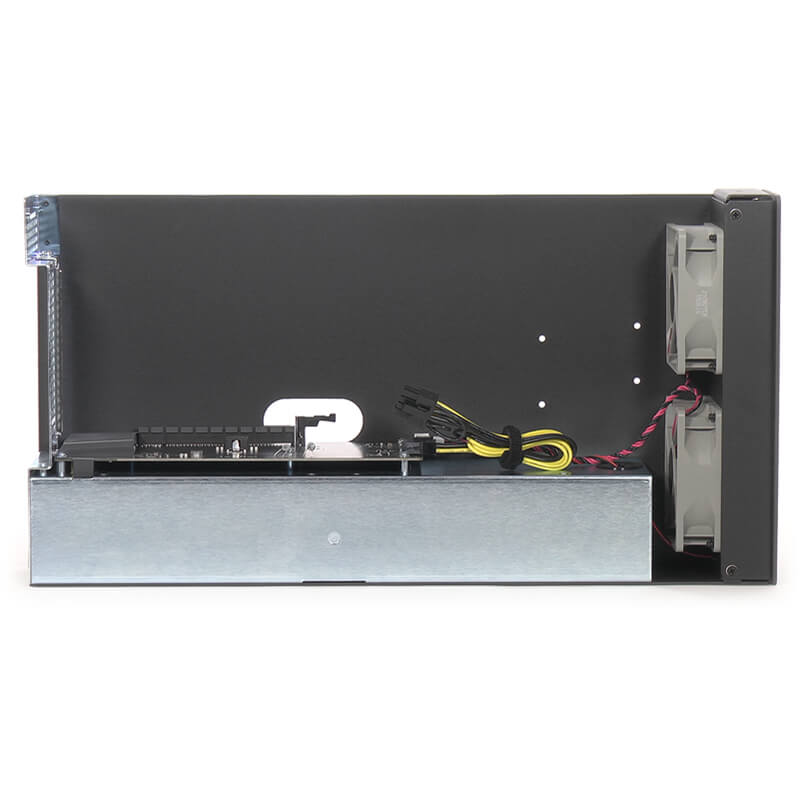 For many creative pros relying on recent portable, mini desktop and all-in-one computers to get their jobs done, their computers’ onboard processing power alone is not enough. While these Mac®, Windows®, and Linux® computers include high-performance Thunderbolt™ ports to support peripherals, they lack PCIe expansion slots to install a specialty card that adds needed storage expansion, video or audio inputs, transcodes data, or connects to high-speed shared storage and networks. Sonnet has a solution — the Echo™ I Desktop. This professional Thunderbolt to PCIe card expansion system enables you to connect one up to full-length (12.28 inches long) single- or double-width PCIe card to your computer via a single cable.

Plugged into one of your computer’s Thunderbolt 4 or Thunderbolt 3 ports, the Echo I Desktop system enables you to connect one professional PCIe 4.0, 3.0, 2.0, or 1.1 PCIe card to add ports and capabilities your computer lacks.

Echo I Desktop supports every type of Thunderbolt compatible PCIe 4.0, 3.0, 2.0, and 1.1 card available including video capture and transcoding; audio DSP; 6Gb or 12Gb SAS or SATA host bus adapter; 10Gb or 25Gb Ethernet; SSD storage; and other specialty types to your system.

Space and Power to Spare

The Echo I Desktop features one x16 PCIe 3.0 slot, enabling it to support a huge variety of cards, whether single- or double-width, low-profile or full-height. To support power-hungry cards, it integrates a universal 400W power supply and includes a 150W 8-pin (6+2 pin) auxiliary power connector for cards that require extra power (including the Avid Pro Tools | HDX). The Echo I powers on and off automatically with the connected computer, saving energy in the long run. With no power switch, you can’t forget to turn off the system!

Featuring dual Noctua fans, the Echo I Desktop is designed to deliver ultra-quiet operation so that it can be comfortably used in noise-sensitive environments. Rated at 17.1dBA — below the 20dBA ceiling prescribed for use in recording and broadcast studios — the fans spread the spectrum of their noise to minimize the impact at any single frequency. To further ensure negligible noise levels, the fans are temperature-controlled, automatically speeding up and slowing down smoothly as needed, and the enclosure is engineered to optimize airflow over the installed card to cool the system effectively and efficiently.

Sonnet includes a Thunderbolt cable that supports Thunderbolt's full 40Gbps bandwidth, and is fully compatible with Thunderbolt 4 and Thunderbolt 3 computers. Sonnet also provides a ThunderLok™ 3 Thunderbolt connector retainer clip that prevents accidental cable disconnections — just slide it over one end of the cable, and then plug in the connector and secure it to the chassis by turning a thumbscrew. Because of its unique design, ThunderLok remains on the cable so it won’t get lost when not in use.

The Echo I Desktop is fully compatible with Thunderbolt 4 computers and was purposely designed with a Thunderbolt 3 controller and its four lanes of PCIe (not available in a Thunderbolt 4 peripheral) to achieve maximum performance.