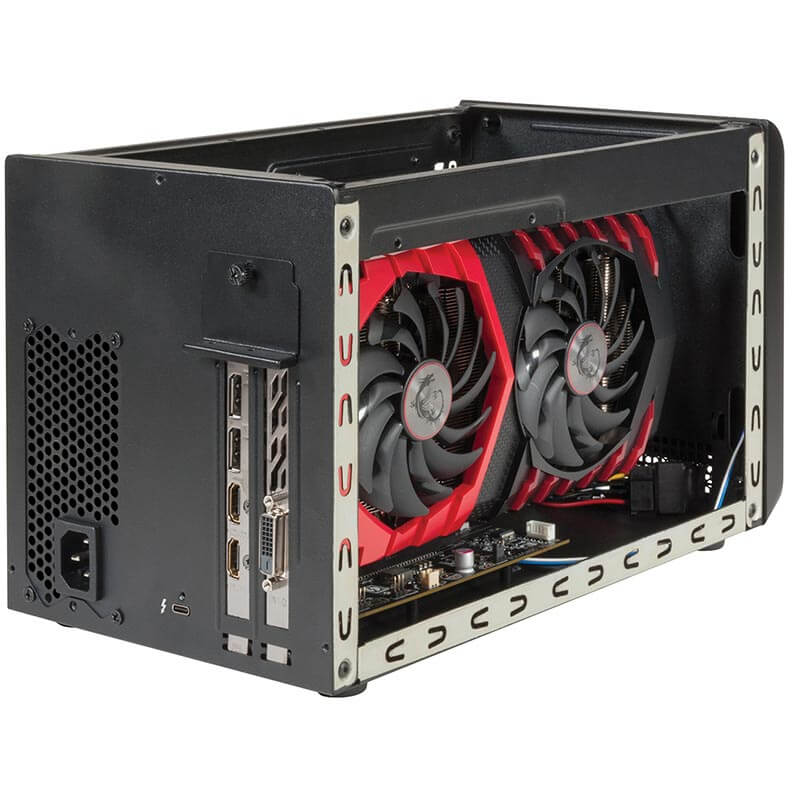 Sonnet’s eGFX Breakaway Box Thunderbolt 3 to eGPU PCIe card expansion systems are designed specifically to accommodate large and power-hungry GPU cards. Functioning as a simple plug-in upgrade, a Breakaway Box boosts the graphics performance of an eGFX-compatible computer by connecting a high-performance desktop GPU card via a Thunderbolt 3 port. With four models to choose from, the Breakaway Box line supports all Thunderbolt-compatible cards(1) with popular GPU chipsets—such as AMD Radeon™ R9 and RX series, including VEGA 64 and Frontier Edition; and NVIDIA® GeForce® GTX 9 and 10 series, and TITAN X, Xp, and V. Even the latest pro cards—AMD Radeon Pro WX 5100, WX 7100, WX 9100, and SSG; and NVIDIA Quadro® GP100, P4000, P5000, and P6000—are supported! Alternatively, if you are need a cost-effective Thunderbolt expansion system for a Thunderbolt-compatible, non-GPU PCIe card, the Breakaway Box offers all the space and power you could possibly need at an affordable price.

There’s no need for you to carry a heavy and expensive gaming laptop to have a great gaming experience—just plug in a Breakaway Box and add the GPU power you want when you need it! By delivering significantly higher frame rates for smooth game play, the Breakaway Box is ideal for enabling graphic-intensive gaming on Ultrabook™ and other thin/light notebook computers that otherwise would deliver a poor gaming experience. When used with an eGFX-compatible computer, accelerated graphics can either be displayed on your notebook’s own display panel or on multiple external monitors. And, unlike with gaming laptops, when the next generation of GPUs ships and you are ready for another performance boost, simply upgrade the GPU card in the Box—nobody should have to replace their computer just to keep up with the latest in GPU technology.

From editing to rendering to color grading, and from animation to special effects, many applications rely on GPU cards to do the heavy lifting. With a GPU card installed, the Breakaway Box can accelerate your video production workflow. In addition to GPU cards, the Breakaway Box supports every other Thunderbolt-compatible PCIe card, up to full-length, full-height, double-width. Its single x16 PCIe 3.0 slot easily accommodates full-length cards such as the Avid® Pro Tools|HDX(4) or RED® ROCKET-X. The Breakaway Box’s single-port 40Gbps Thunderbolt 3 interface ensures the full 2750 MB/s of PCIe bandwidth(2) is dedicated to the installed card.

The Sonnet eGFX Breakaway Box is the coolest and quietest eGFX box on the market—with its large variable-speed, temperature-controlled fan that quietly and effectively cools the installed card, the Breakaway Box can be comfortably used in noise-sensitive working environments.

In today’s pro audio and video production, use of audio I/O and DSP cards (such as the Avid Pro Tools|HDX), and video I/O and transcoding cards (such as the or RED ROCKET-X) is essential to keeping up with recording sessions, as well as on-set and post-production timelines. The eGFX Breakaway Box is ideal for supporting the acceleration of these workflows.

Thunderbolt 3 is a leap forward in every way. Whether you’re editing high-frame-rate 4k video, or blasting aliens out of the sky, you can now transform your notebook into a true desktop experience. With up to 2750 MB/s available PCIe bandwidth(2), the Breakaway Box exploits its 40Gbps Thunderbolt 3 interface to offer the best possible eGPU experience, or handle the most demanding, highest performance PCIe cards.

All Breakaway models are Thunderbolt Certified, and include a 0.5-meter Thunderbolt 3 (40Gbps) cable to connect the system to your computer. Choose the one that best suits the power requirements of the card you intend to use, or you can opt for the model with an included GPU card.

All the key new products from NAB 2018: Blackmagic Design, Teradek, SmallHD, CoreSWX, Panasonic, Sonnet, SLR Magic, LEDGO, more! Richard Payne, Head of Technology writes... "The NAB Show is the world's largest convention encompassing the convergence of media, entertainment and technology. The general consensus was that despite the crowds around certain stands, attendance might have been lower than previous years. Wednesday and Thursday seemed quieter, so it will be interesting to see if this is proved when the attendance figures are released. You can read our show magazine at your leisure!"

eGFX Breakaway™ Box 650 the Only eGPU Chassis Recommended by Apple® and Qualified by AMD to Support All Graphics Cards Compatible with macOS High Sierra. Sonnet Technologies today announced the eGFX Breakaway™ Box 650, the latest and most capable model in the company's series of Thunderbolt™ 3 to PCI Express® (PCIe®) eGPU expansion chassis for professional graphics and gaming applications. 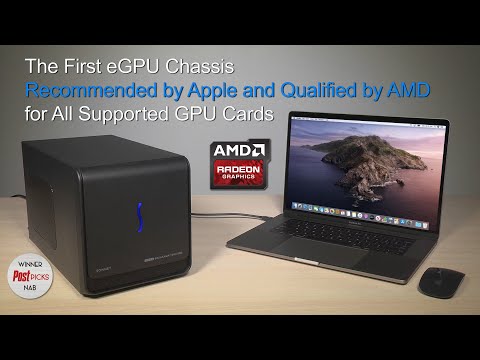 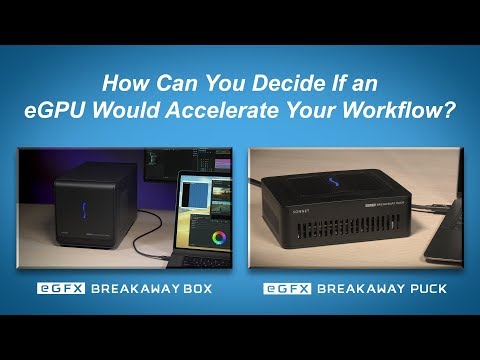 How to Test If an eGPU Would Accelerate Your Workflow 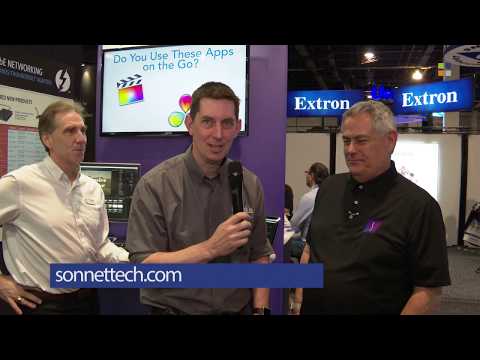 eGPU acceleration from Sonnet Technologies with Adobe support at NAB 2019 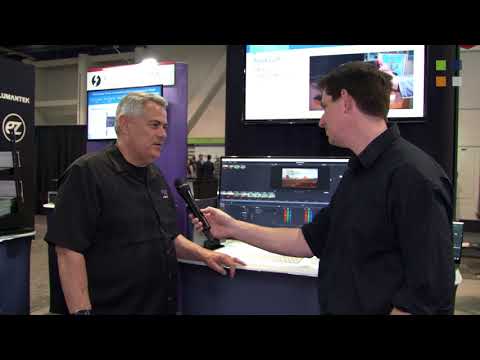 eGFX Breakaway™ Box and Puck from Sonnet at NAB 2018