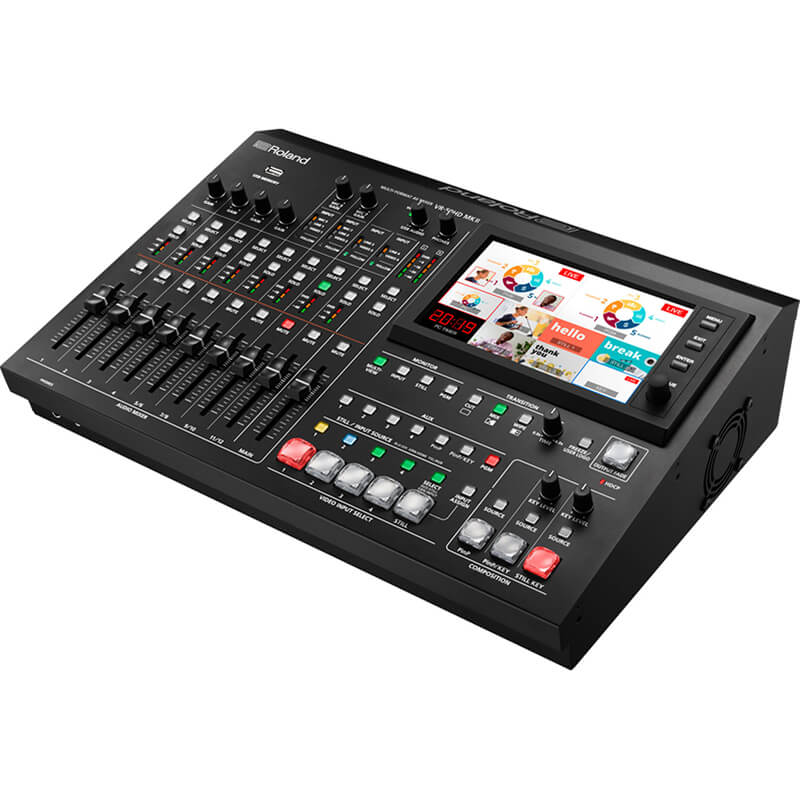 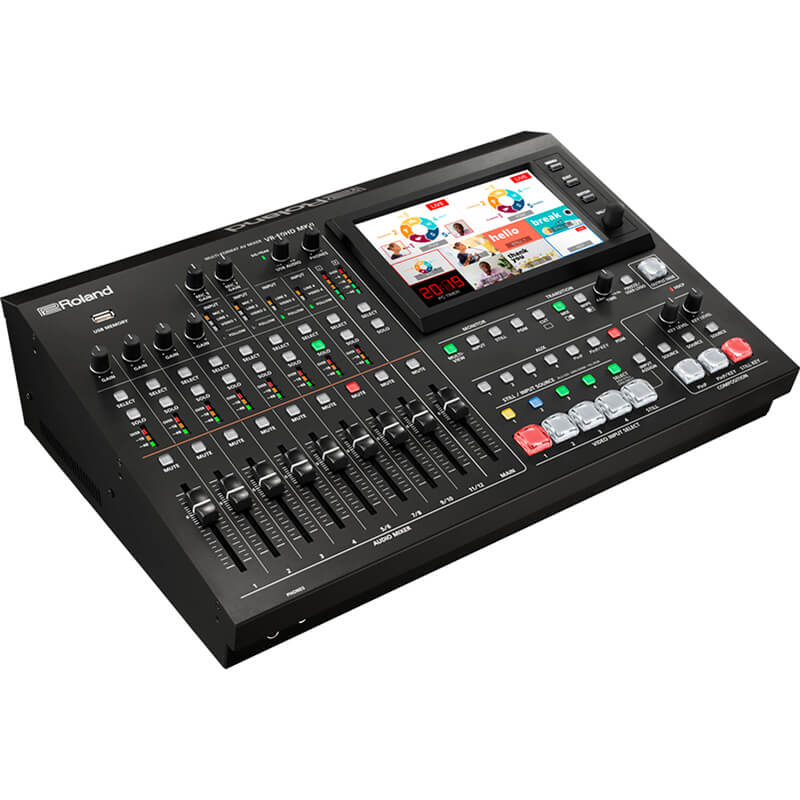 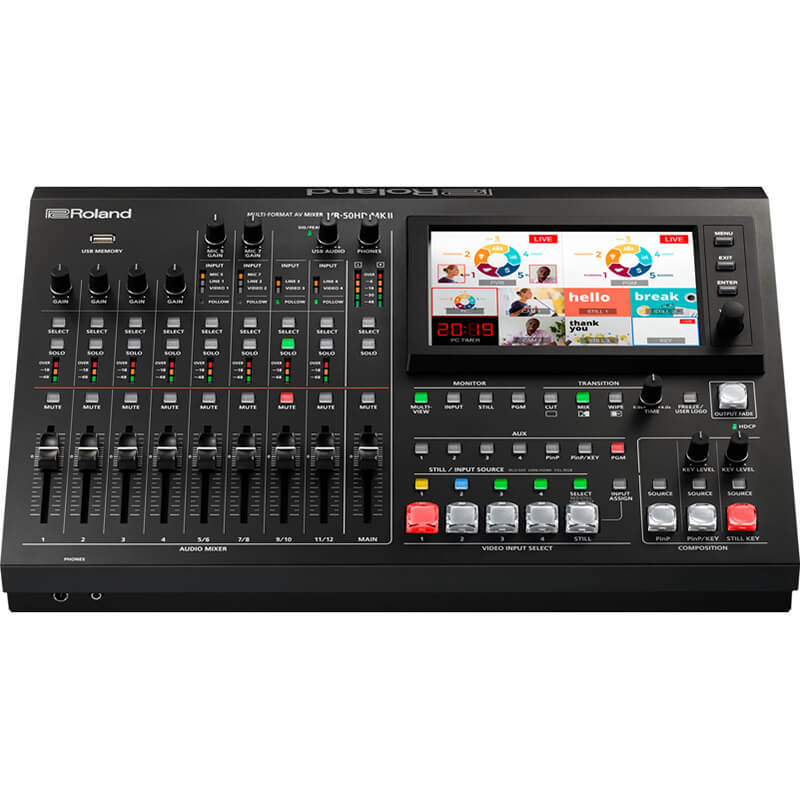 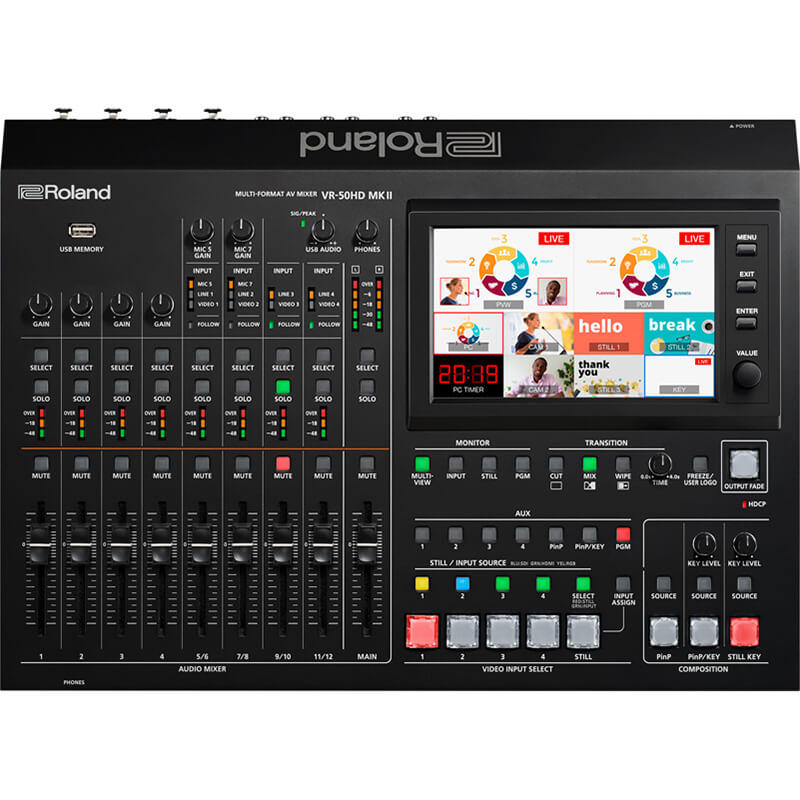 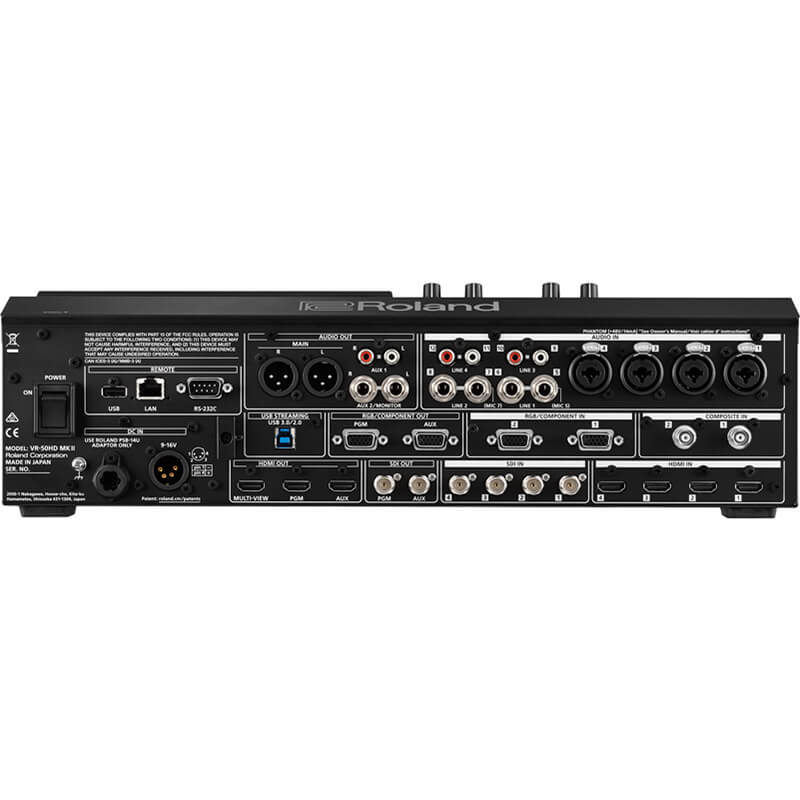 Mark II, Inspired by You

Loaded with new productivity features inspired directly from user feedback, the VR-50HD MK II Multi-Format AV Mixer is the next evolution of Roland’s industry-leading, all-in-one AV switcher with USB 3.0 streaming. Easily operated by a single person, the VR-50HD MK II continues to deliver best-in-class connectivity and flexibility, allowing you to work a wide range of events with different I/O requirements.

Live streams, HD recording, and the presenter confidence monitor often have separate visual needs from the main program output. The VR-50HD MK II has you covered, allowing you to send any of the connected input devices to a dedicated Aux output without affecting the main PGM destination. Use the Aux assignment panel buttons to switch the source, or synchronize the Aux output with the PGM (mixer) output to act as a built-in distribution amp.

The VR-50HD MK II not only does more, it’s also easier to operate via a redesigned user interface. Drilling down into menus while switching is a thing of the past, thanks to dedicated broadcast-style buttons for Aux, PinP, and Still sources. Select, Solo, and Mute buttons are included for all audio channels, speeding up the monitoring process. And with the large touchscreen multi-view monitor, you can view and assign inputs, display up to four still images, execute preview/program functions, and much more.

Robotic pan-tilt-zoom (PTZ) cameras eliminate the need for multiple camera operators, provide great production coverage with studio-grade broadcast quality, and can be placed in discreet locations thanks to their small size. The VR-50HD MK II includes built-in support to directly control select JVC, Panasonic, Sony, PTZOptics, Avonic and VISCA compatible PTZ LAN cameras, so you don’t need to employ a dedicated PTZ camera controller or operator. Up to six PTZ cameras can be operated at once via the LAN port.

Four-layer composition and still store. Place keyed video on picture-in-picture, or superimpose a still image* on top of all layers and switch these effects on/off at any time. *Still position and size compositing cannot be adjusted.
*Still images are stored in volatile memory.

The VR-50HD MK II uses the same connection technology as webcams, allowing you to capture and share events to reach a worldwide audience. Simply plug into a computer via USB 3.0 and use any streaming service that’s able to use a webcam as its source. Everything is plug-and-play, with no software to download or drivers to install. For recording to a web-ready full HD AV file, use Roland’s free VR Capture software for Mac and Windows.

The Point Blank Music School is no stranger to remote learning - with schools in London, LA, China, Ibiza and Mumbai, the opportunity to collaborate globally online with some of the best creative minds in  the music industry has always been part of their appeal. When the COVID pandemic forced a move to virtual delivery of all teaching, the staff at Point Blank in London didn’t miss a beat in putting together a high quality streaming setup, based around the Roland VR-50HD.