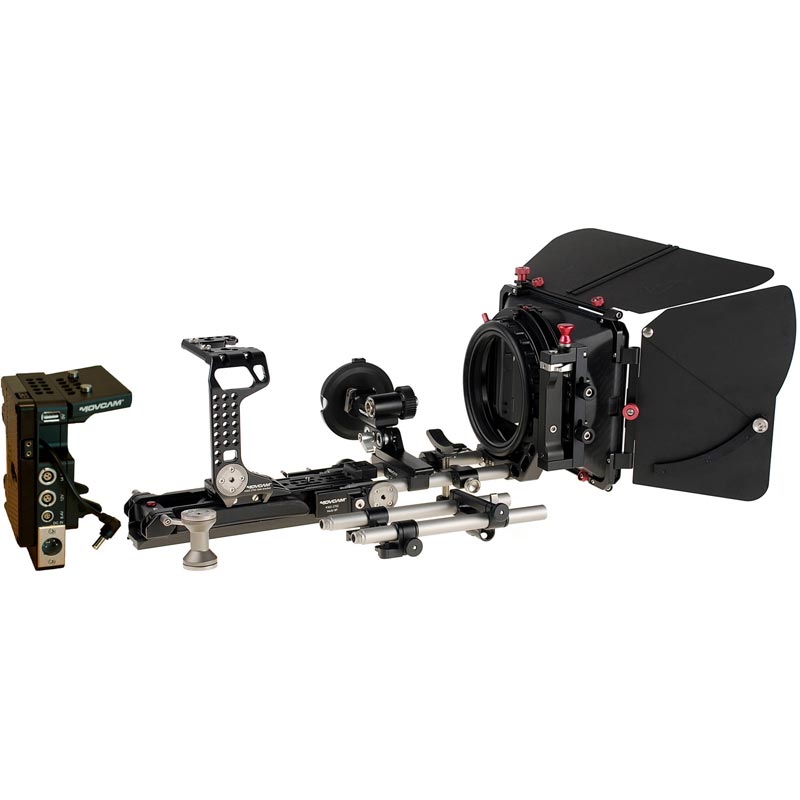 Custom Rig for the Sony FS7

The FS7 15mm Standard Kit is a custom camera rig for the Sony FS7 camera, complete with a follow focus and matte box.

The FS7 15mm Standard Kit is a custom camera rig for the Sony FS7 camera, complete with a follow focus and matte box.

It features a riser plate tailored to fit the bottom of the camera that docks into a V-lock compatible baseplate. In addition to a V-lock interface for quick-release attachment to VCT tripod plates, the baseplate adds front and rear 15mm rod clamps, a pair of ARRI standard rosettes, and an integrated shoulder pad. It can also be mounted onto an included dovetail plate. Also included in the kit is a form-fitting side bracket that adds 1/4"-20 threaded accessory mounting holes on the top and right side of the camera, and a rosette spacer.

For the top of the camera, a 15mm rod mount is provided along with an adapter with a parallel rod port for attaching and re-positioning the camera's EVF/monitor. Attaching to the rear is a V-lock battery plate and power distributor fits into the same slot as used by Sony's own V-mount battery pack. The pack provides a means to power your camera using a V-mount battery and provides several power outputs in varying voltages for powering optional accessories. Four 8"-long 15mm rods are included for use with the front, rear, or top rod clamps provided with this kit. When used at the front of the camera, the rods support an included universal lens support, clamp-on follow focus with 0.8 pitch gear drive, and 2-stage swing-away matte box that features one fixed 4 x 5.65" filter tray and one rotating 4 x 5.65" filter tray.