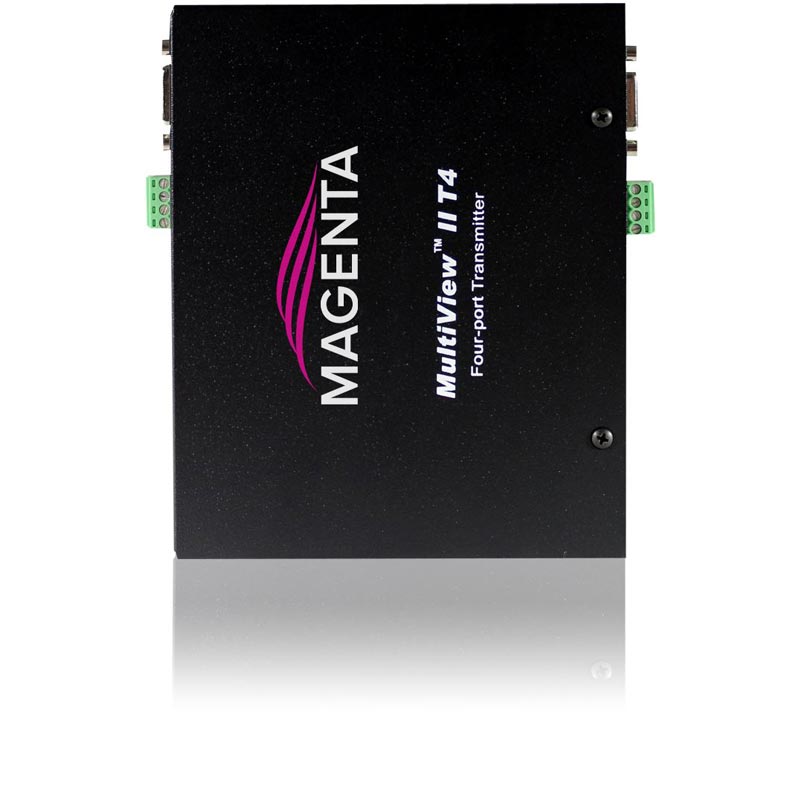 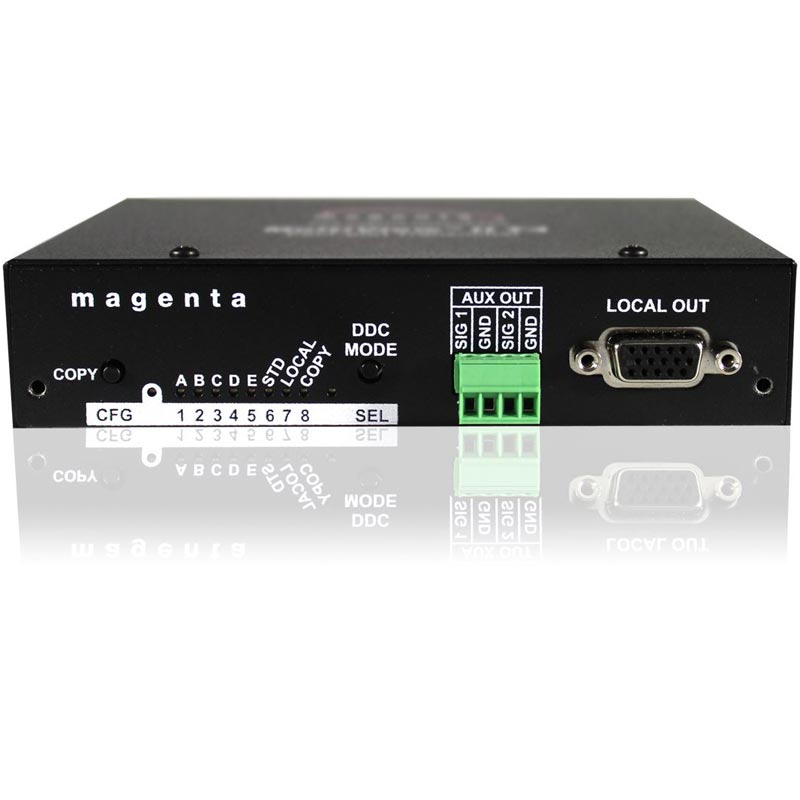 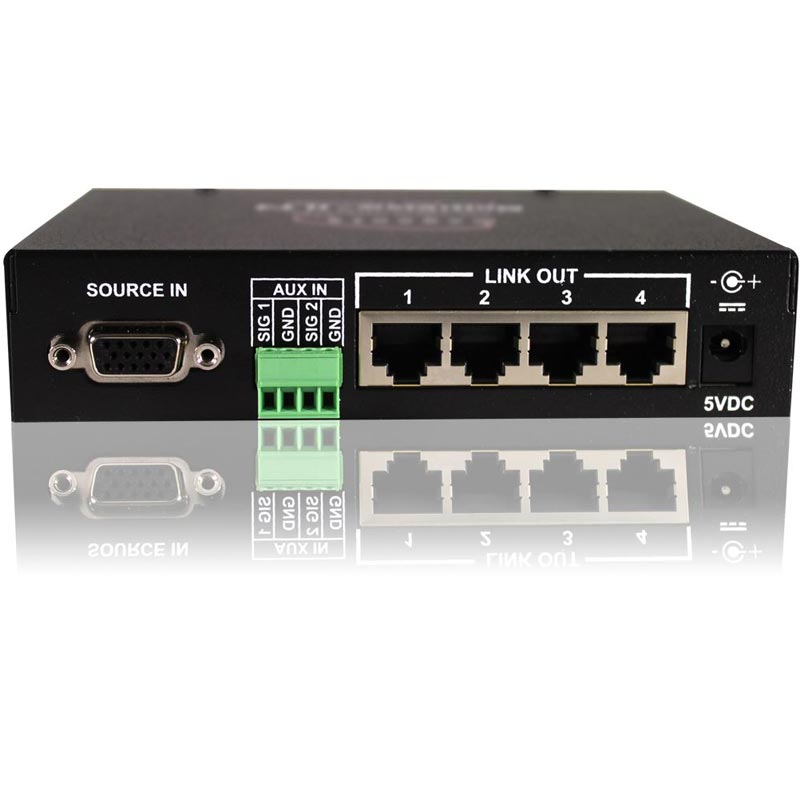 Enabling a wide variety of point to multi-point configurations, the MultiView II T4 transmitter has 4 UTP output ports, which can be connected to 4 receivers, or 4 daisy chains of up to 12 receivers each, for a total of 48 receivers. Additional outputs can be enabled by cascading the local output port to additional T4 or other transmitters.

The T4 transmitter is available in MultiView-A and MultiView-S functionality and is compatible with –A and -S transmitters, receivers, distribution amplifiers and matrix switchers. When used with the appropriate receivers, the T4 delivers the world’s longest UTP extension capability at the highest resolution—1920x1200 at 2000ft/609m.