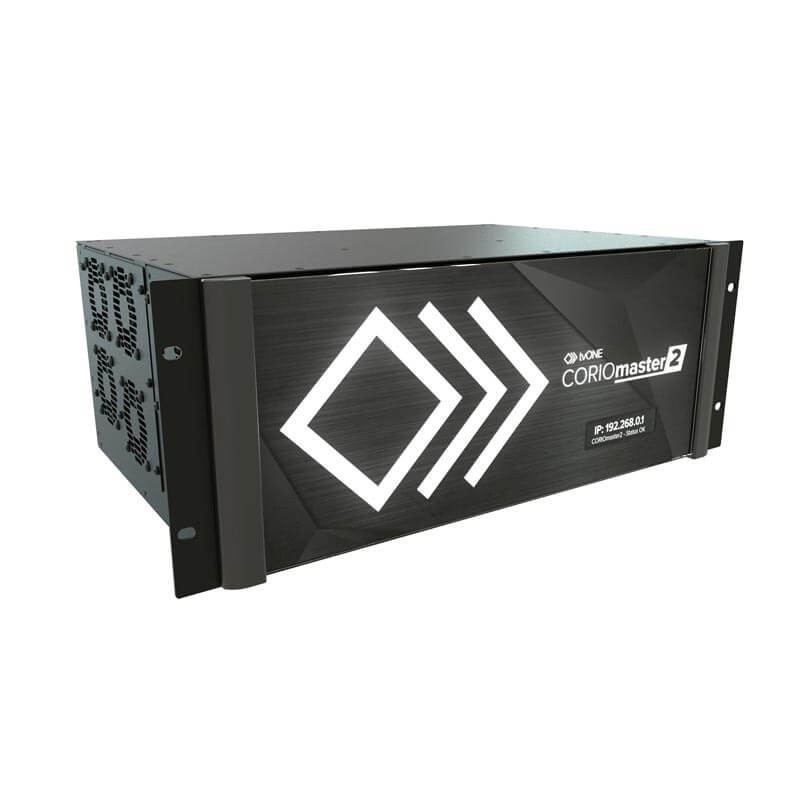 CORIOmaster2 (CM2-547) is a powerful, efficient approach to building large 4K/8K video display systems. Multiple video windows can be positioned on LED, display based videowalls or projector edge blends, displaying any of the sources connected to CORIOmaster2. Windows can be visually “transitioned” into position, resized or rotated to any proportion allowing designers to achieve striking visual eff ects. Each system can support up to three separate 4.1 Gigapixel video canvasses with up to sixty four windows per canvas depending upon the source resolution, frame rate and size of windows.

CORIOgrapher, the control software for the CORIOmaster2 series of processors, is a simple, easy to use design interface that enables window and source positioning and transition eff ects. This dynamic feature is easily managed through presets in CORIOgrapher or by simple commands executed by third party control systems. Fifty presets can be saved permanently in the system. 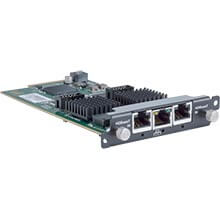 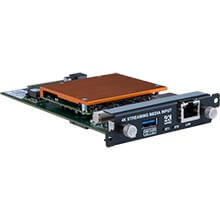 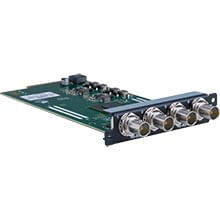 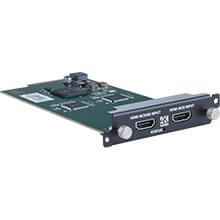 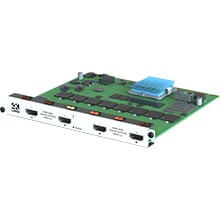 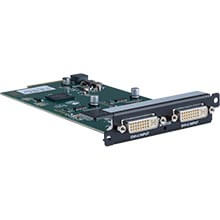 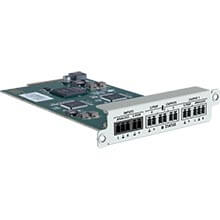 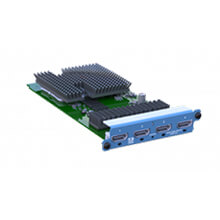 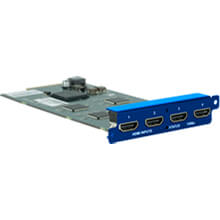 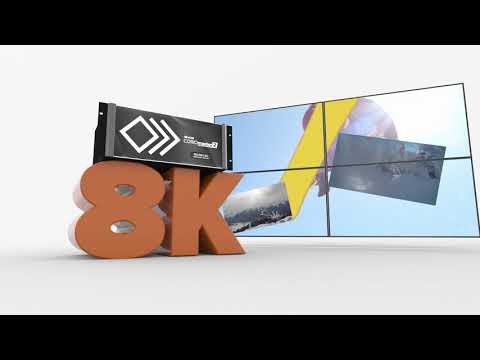