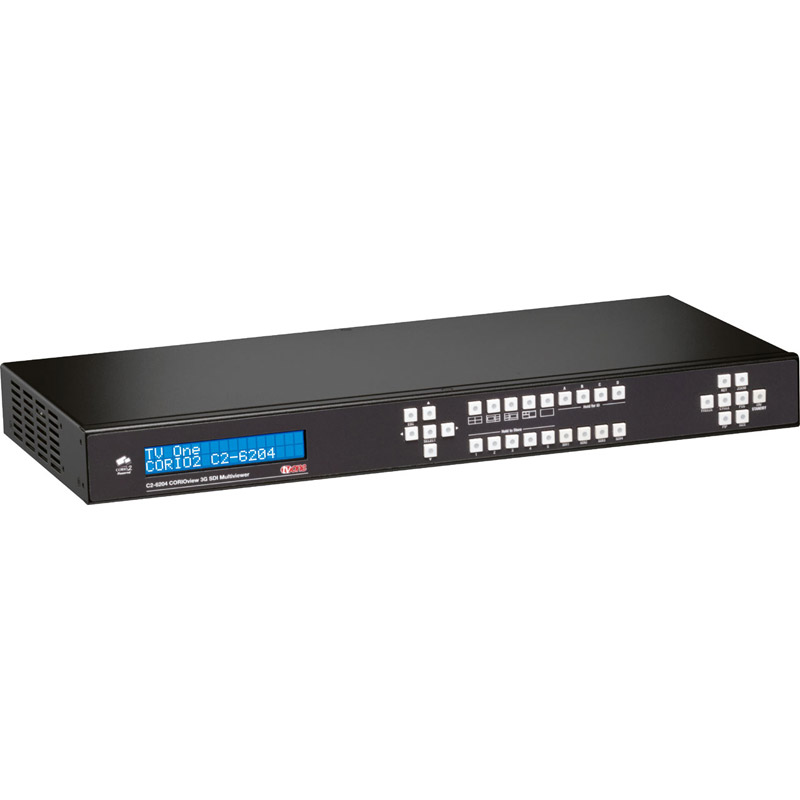 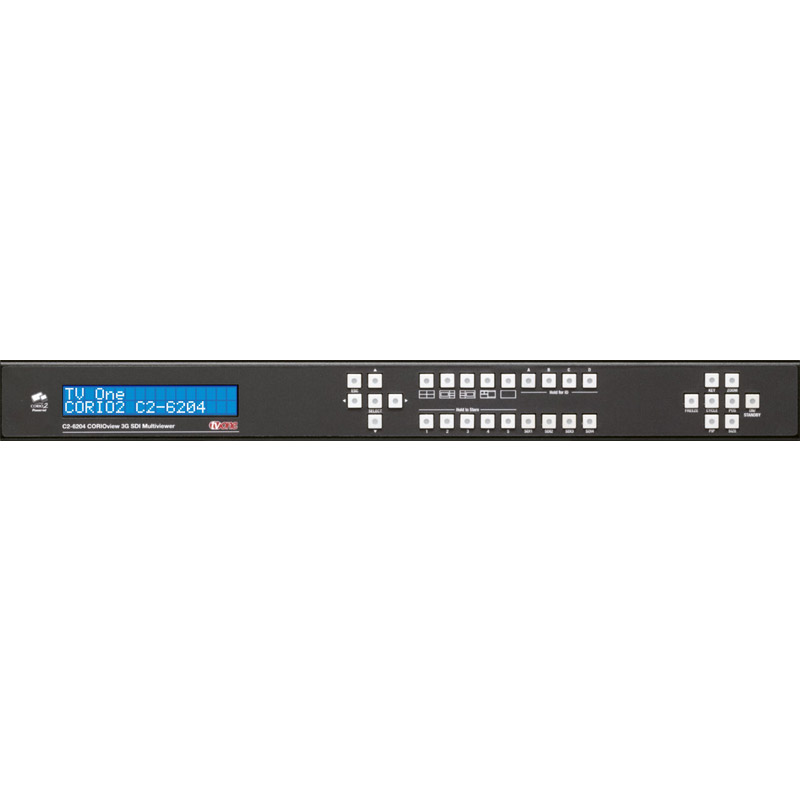 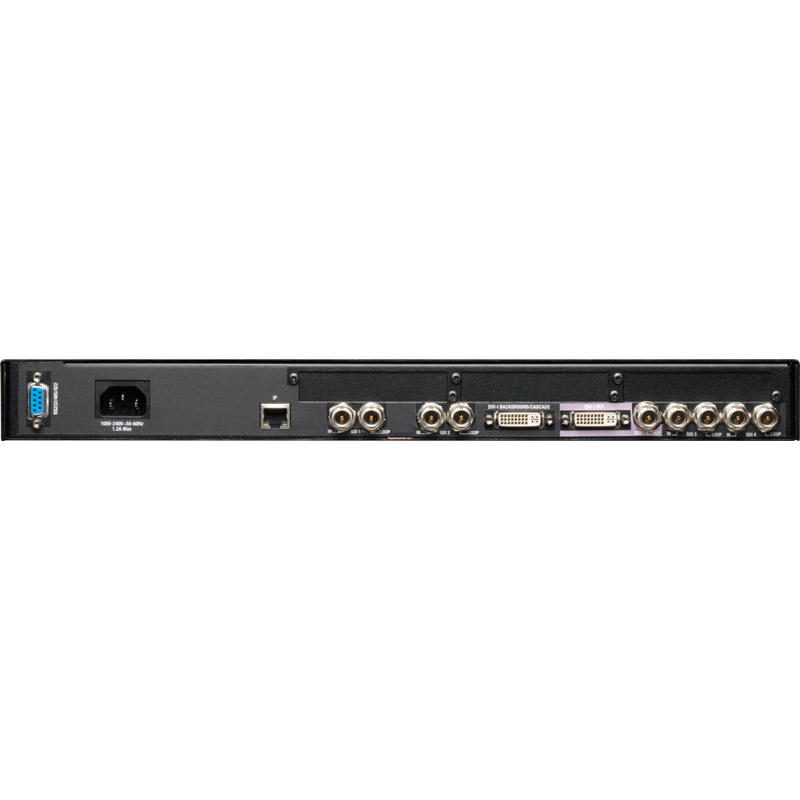 CORIOview C2-6204 4-Window 3G-SDI Processor is based on TV One's exclusive CORIO®2 technology and has four 3G-SDI inputs plus a DVI-I input (for window, cascade or background use) to place up to 4 sizeable windows on a single DVI-I / 3G SDI output. Each window is powered by a CORIO®2 scaler providing full PIP flexibility.

3G-SDI resolutions up to 1080p60 are supported. High performance de-interlacing with motion-adaptive noise reduction are available for interlaced SDI and YPbPr sources. The unit provides a DVI-I output as well as a duplicate 3G-SDI capable output.

All settings are stored in non-volatile memory and are retained even when power is switched off. Ten user defined presets (controllable directly from the front panel or external communications) are also available to customize settings for various applications. A built-in LCD and menu system aids quick setup. Functions can be controlled via the front panel Push Buttons, RS-232/ RS-422/RS-485 or Ethernet.

Color borders and source labeling are also provided for each window. Four Still Image Stores are built into the unit which can each display one of ten user loadable graphic images to be used in place of an input. The 5th input is available for use as a window source, background to the 4 windows, or as a cascade input from another CORIOview unit - thus adding 4 more windows per unit.

The CORIO® tool Suite integrates fully with the unit and most third party control systems interface directly with the entire C2 range of products.

Variable Zoom to 10X allows you to enlarge any part of the graphic image to fill the entire computer screen and position controls allow you to move around to any area desired. Variable Shrink to as little as 10% allows fitting multiple images next to each other, with full positional controls.

Colored stereo audio bars are available for each window, and show the live audio activity of an SDI source.

Advanced Features include Genlock, Chromakey, Lumakey and Mixing. The Key Mode allows any window to be keyed over any other with variable priority / layer control. The keyed image may be faded in and out.

The unit is housed in a 1RU case with rack mount ears provided and is powered from a standard 110-240v supply. 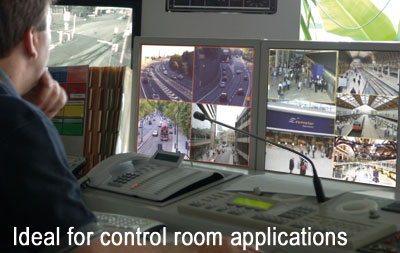 Ten user defined presets (controllable directly from the front panel or external communications) are available to customize settings for various applications. The 4 scaleable windows can be positioned and layered anywhere on the output monitor. Colored borders and source labelling are also provided for each window. Four Still Image Stores are built into the unit which can each display one of ten user loadable graphic images to be used in place of an input. The fifth input can be used for a background color, unscaled video or for cascading.

Several CORIOview Multiviewer units can be cascaded together to expand the number of images displayed. This example shows the combination of two units to provide eight scaled and positioned images from eight separate sources over an unscaled background.

In cascading, the output from Unit 1 is fed into the Background/cascade input of Unit 2 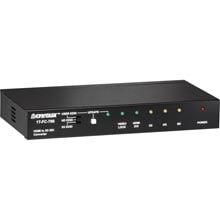 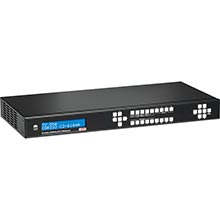