Launched in 2010, HDBaseT is 10Gb/s technology that transmits and receives multimedia signals with no compression and zero delay. It also routes power, control and audio, all though a single, low cost cable. 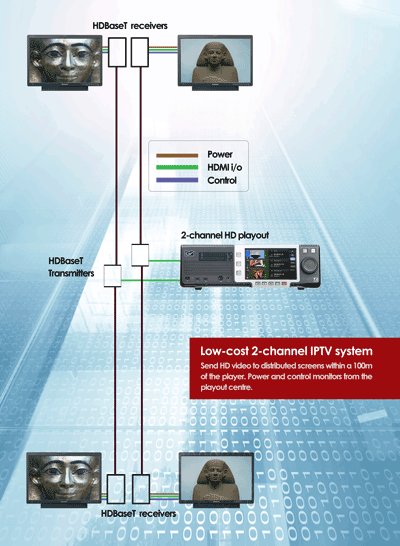 HDBaseT is a true breakthrough technology.

How does HDBaseT compare to SDI?

HDBaseT can transmit data over similar distances but has the advantage of supporting 4K video with embedded surround sound audio in a single cable. Plus, it sends data, control signals and power - something that SDI does not support.

How does HDBaseT compare to HDMI?

For more information, go to http://hdbaset.org/what-is-hdbaset/