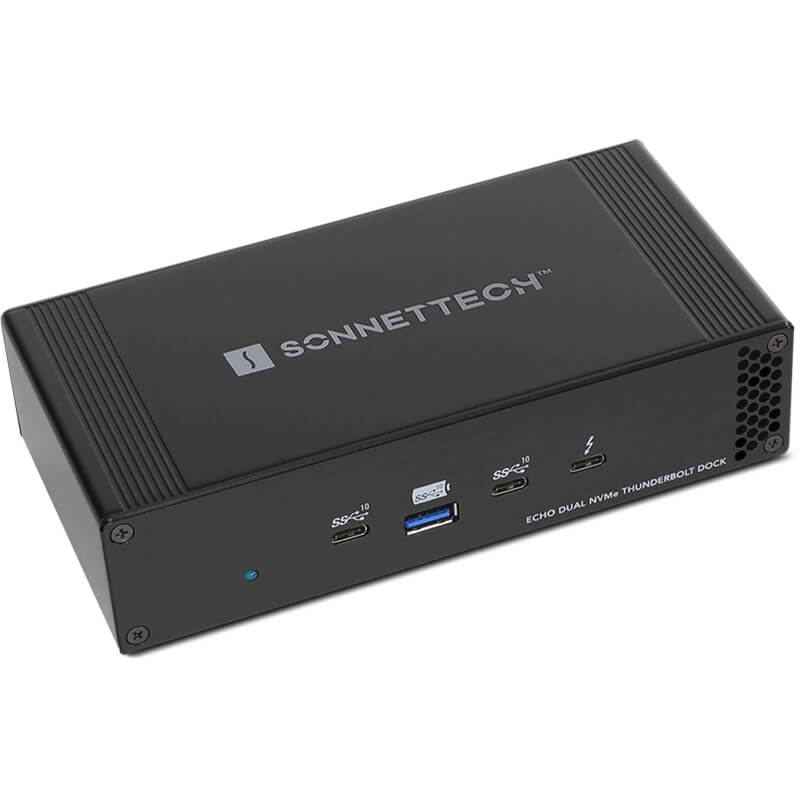 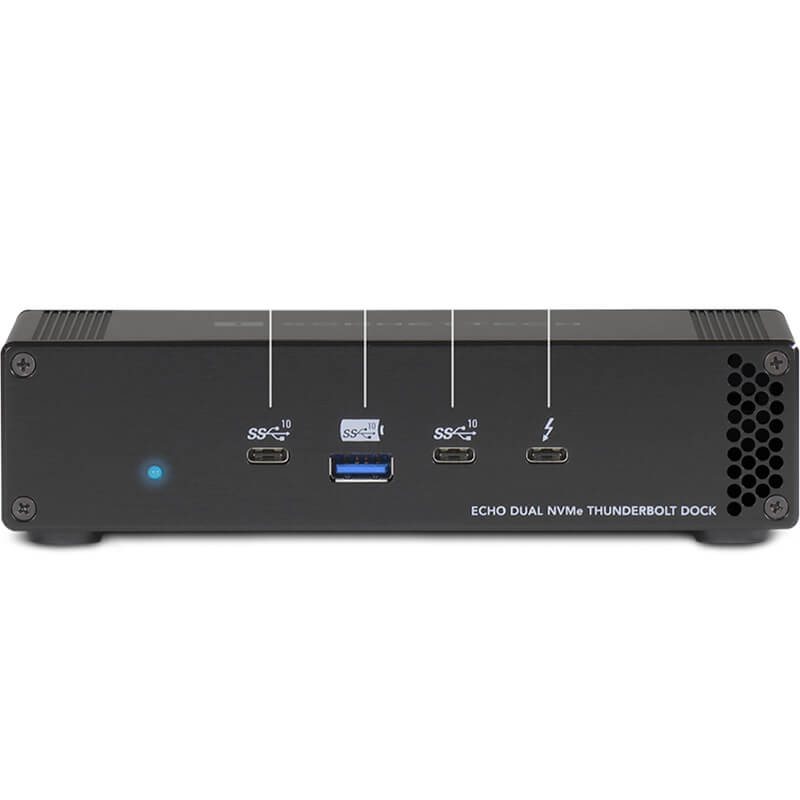 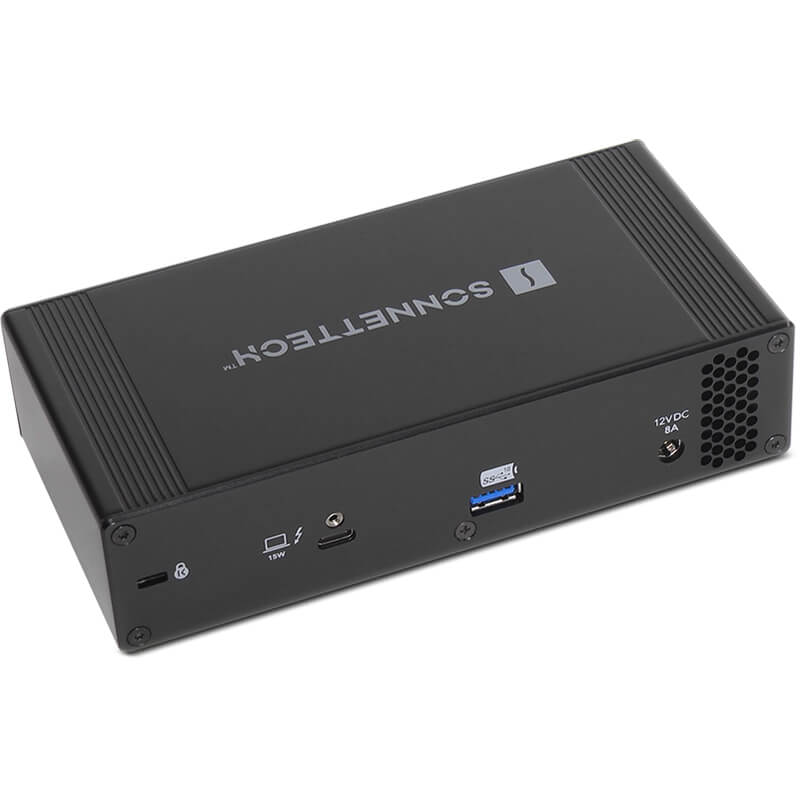 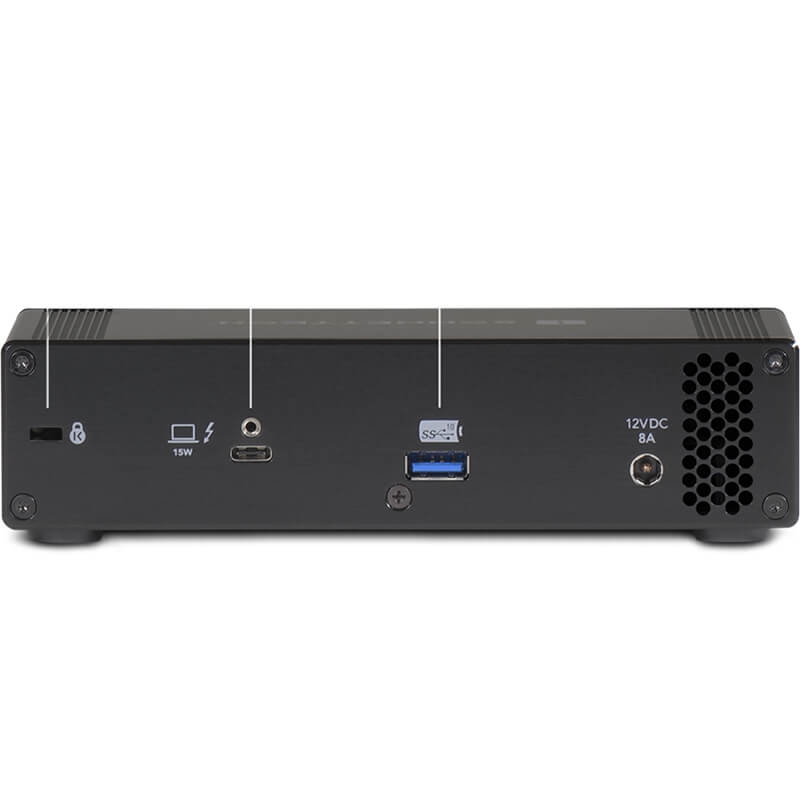 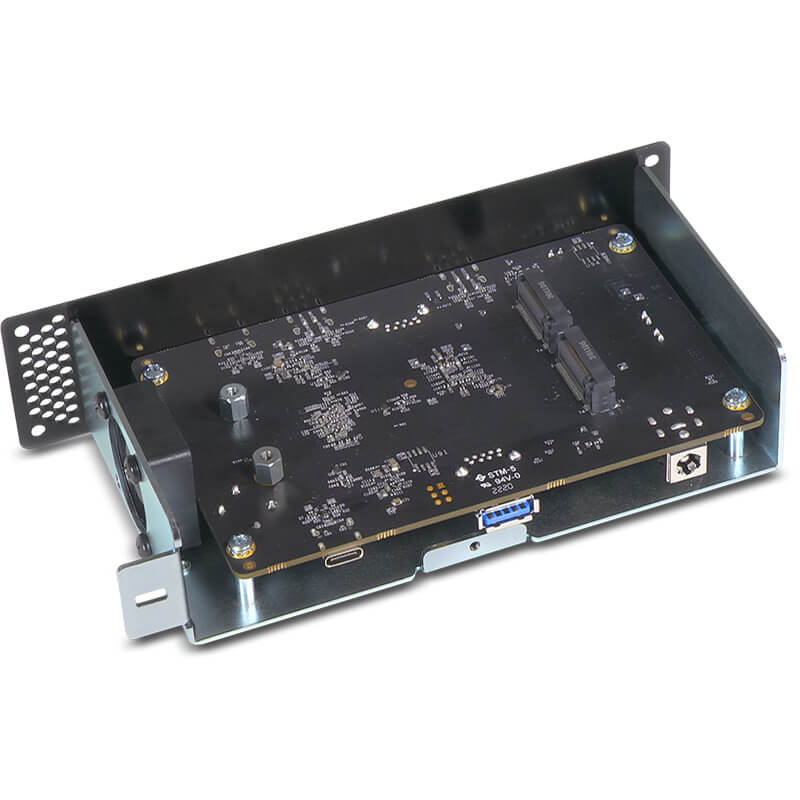 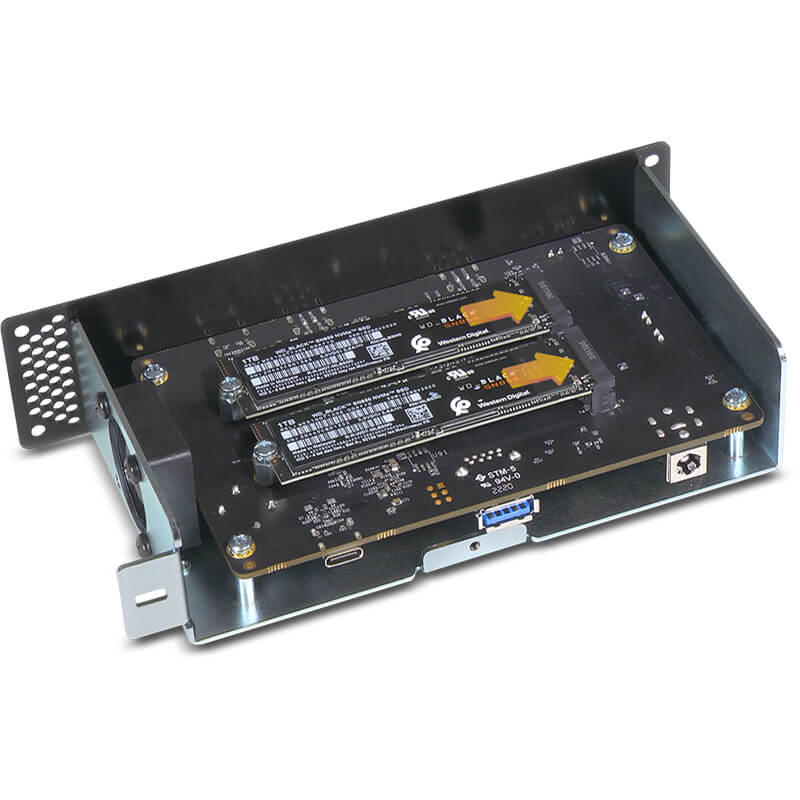 Add Up to 16TB of SSD Storage

Peripherals to Your Computer with One Cable

Add up to 16TB of SSD Storage Inside!

The Echo Dual NVMe Thunderbolt Dock features two M.2 NVMe PCIe SSD slots, enabling you to easily install high performance M.2 NVMe SSDs (sold separately) inside. Because installed SSDs interface with the dock’s Thunderbolt controller, they utilize its bandwidth to deliver the performance of a portable Thunderbolt SSD, but are tucked away neatly within the dock.

Single SSDs installed in the Echo Dual NVMe Thunderbolt Dock can each achieve sustained data transfers of up to 1500 MB/s. Configured as a RAID 0 set for even greater performance, data transfers up to 3000 MB/s are possible. Start with one SSD, and add any size SSD later without needing to format the first one.

The Echo Dual NVMe Thunderbolt Dock features four versatile USB 3.2 Gen 2 (10Gbps) ports (two Type-C plus two Type A) that support super-fast USB NVMe SSDs at full speed. Each port delivers up to 7.5W to ensure connected bus-powered devices operate without fail, and may be used to charge your iPhone®, iPad®, or other device that charges via USB.

Mac users can install macOS on one SSD to create a fast boot volume, and use the other installed SSD for file storage; as a super-fast plug-in, media storage, or scratch disk; or even for use as a Time Machine® backup volume.

Through its Thunderbolt peripheral port, the Echo Dual NVMe Thunderbolt Dock supports an Apple Pro Display XDR®, 5K @ 60Hz, 4K @ 75Hz, 1440p @ 165Hz, or 1080p @ 240Hz display, as supported by your computer. You can connect a Thunderbolt or USB-C display directly or at the end of a Thunderbolt device daisy chain. To use an HDMI or DisplayPort display, connect with an active adapter (sold separately).

WIth up to 16TB of valuable data inside, you may want to secure the Echo dock with a Kensington® Lock (sold separately).

Thunderbolt Certified for Mac and Windows

Sonnet includes a Thunderbolt cable that supports Thunderbolt’s full 40Gbps bandwidth, and is fully compatible with Thunderbolt 4 and Thunderbolt 3 computers. Sonnet also provides a ThunderLok™ 3 Thunderbolt connector retainer clip that prevents accidental cable disconnections—just slide it over one end of the cable, and then plug in the connector and secure it to the dock by turning a thumbscrew. Because of its unique design, ThunderLok remains on the cable so it won’t get lost when not in use.