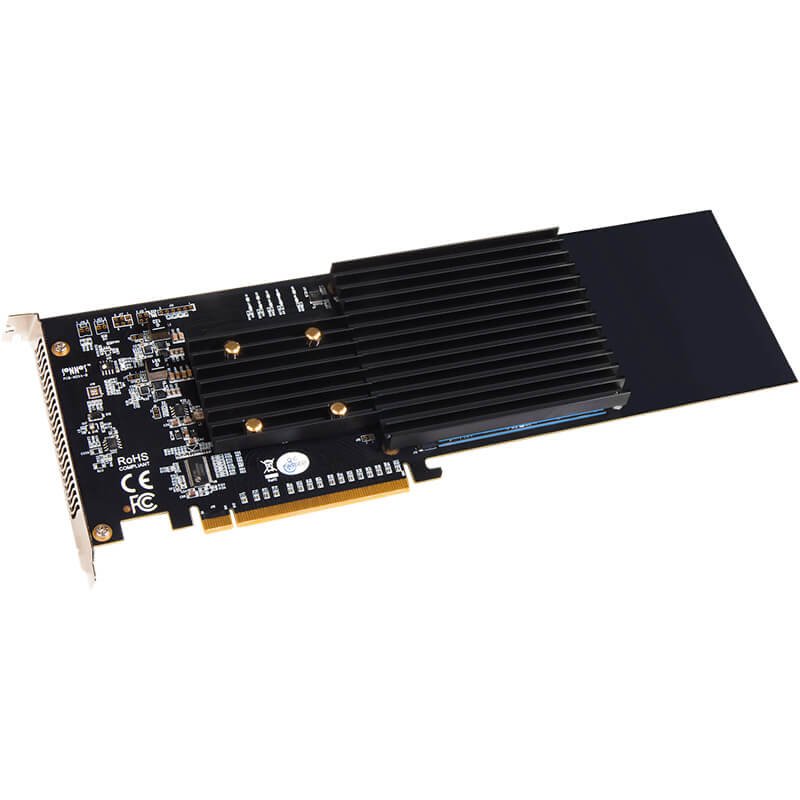 Install up to Four M.2 NVMe SSDs into a PCIe Card Slot

If you need to add internal storage to your computer and ultra high-speed data transfers are critical to your work, you need an NVMe SSD-based upgrade. Individually, M.2 NVMe PCIe SSDs offer tremendous performance, but Sonnet’s M.2 4x4 PCIe Card enables you to mount up to four of them(1) into a single x16 card slot and combine their performance. No matter how you use it, this card can transform the way you work.

Install the M.2 4x4 PCIe card with your SSDs into your 2019 Mac Pro to achieve superior storage performance. If you’re one of the many still using 2010 or 2012 Mac Pro, install the Sonnet card plus SSDs to obtain performance you never thought possible.

No Slowdowns. No Thermal Throttling

SSDs heat up significantly when performing very large file transfers. This presents a problem for most competing cards, as they provide inadequate cooling for this task and allow installed SSDs to activate their built-in thermal throttling protection feature—thermal throttling drastically cuts SSDs’ performance while allowing them to cool. Sonnet designed the M.2 4x4 PCIe Card with a silent cooling solution to prevent thermal throttling, enabling SSDs to maintain their high performance at all times.

Over the last 3 months, editors have increasingly stepped away from the post house to cut, grade and finish from home. Unplugged from ultra-fast online storage, editors have felt the pain of small local drives and storage that isn’t up to the job of multi-channel RAW. The problem is real and becoming increasingly pressing: video resolution is increasing, with 4K and 6K cameras becoming common on the market, and more cameras offering 10-, 12- or 16-bit recording options. For a creative platform like Baselight, DaVinci Resolve or Adobe After Effectts, this additional data is a godsend as it gives editors, colourists and compositors the flexibility to control the look with no creative boundaries. 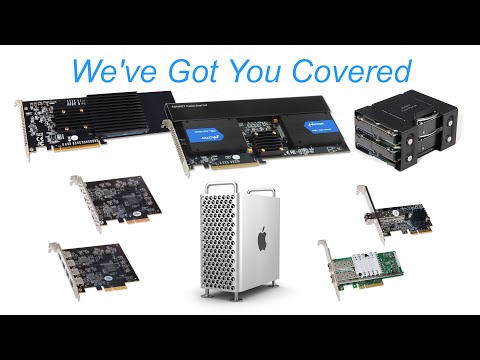 What Can Sonnet Do For Your 2019 Mac Pro 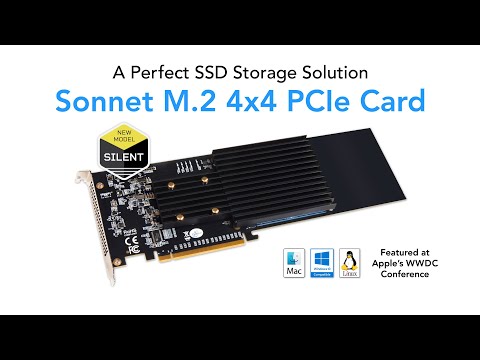