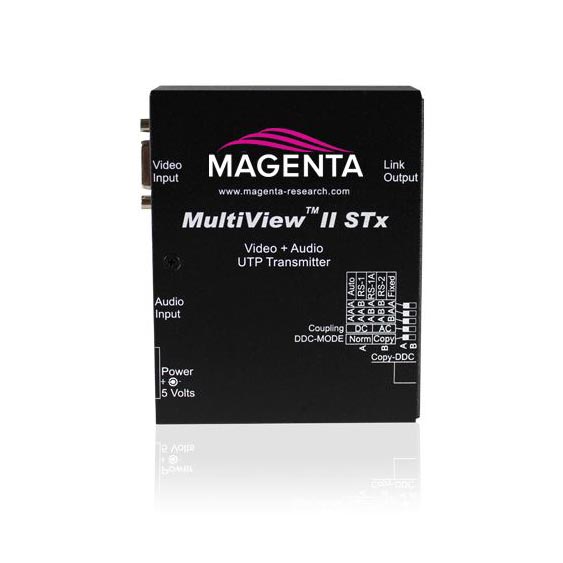 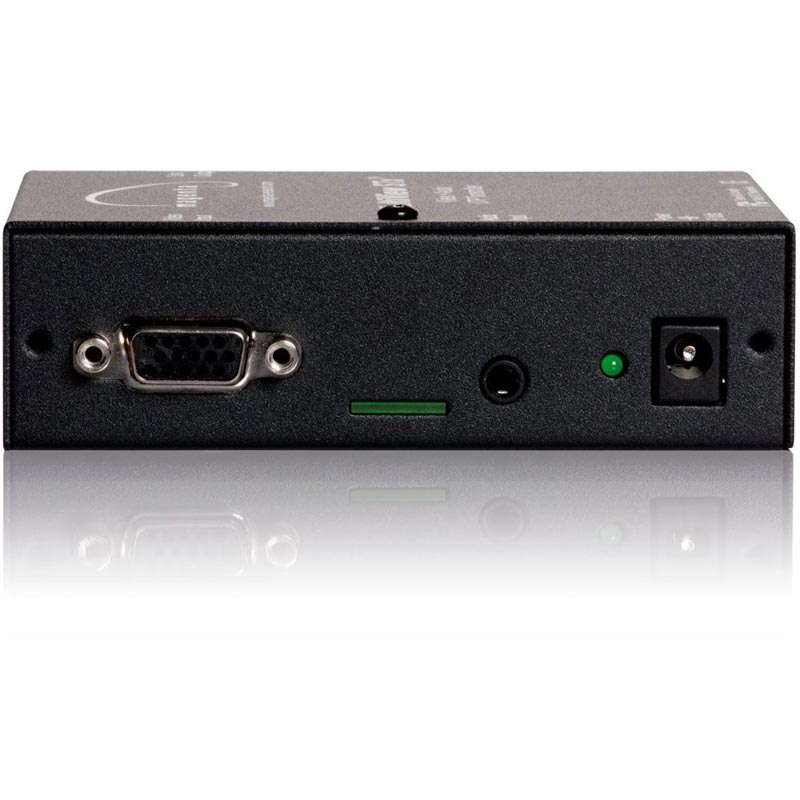 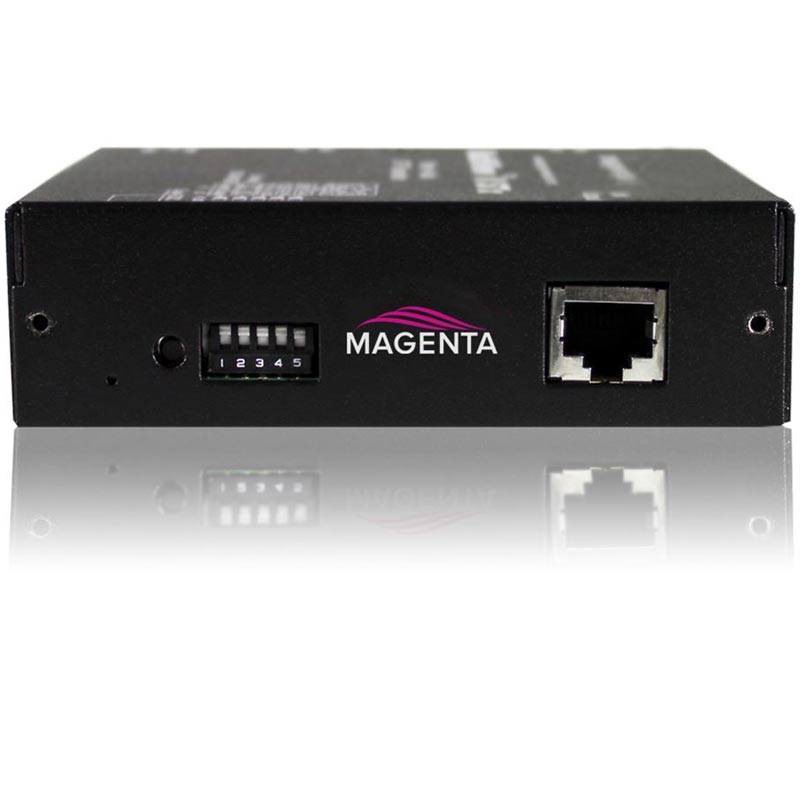 The MultiView II STx transmitter handles high-resolution video and audio on a single UTP cable and boasts a variety of modes of operation for handling DDC and sync—all of which make replicating 1080p resolution video easier than ever before.

Fully compatible with all products in the MultiView –A (video and audio) range, the MultiView II STx is capable of delivering 1920x1200 resolution video to distances of 2,000 feet / 609 meters when paired with an appropriate MultiView receiver.

DDC choices include a Magenta Magic profile (which supports the most popular VESA resolution standards in both widescreen and standard formats) and the ability to copy and store DDC information from a specific device. Sync modes include Magenta's innovative new RepliSync-II technology, which is capable of encoding and decoding very narrow sync pulses that some of today's high resolution devices require.