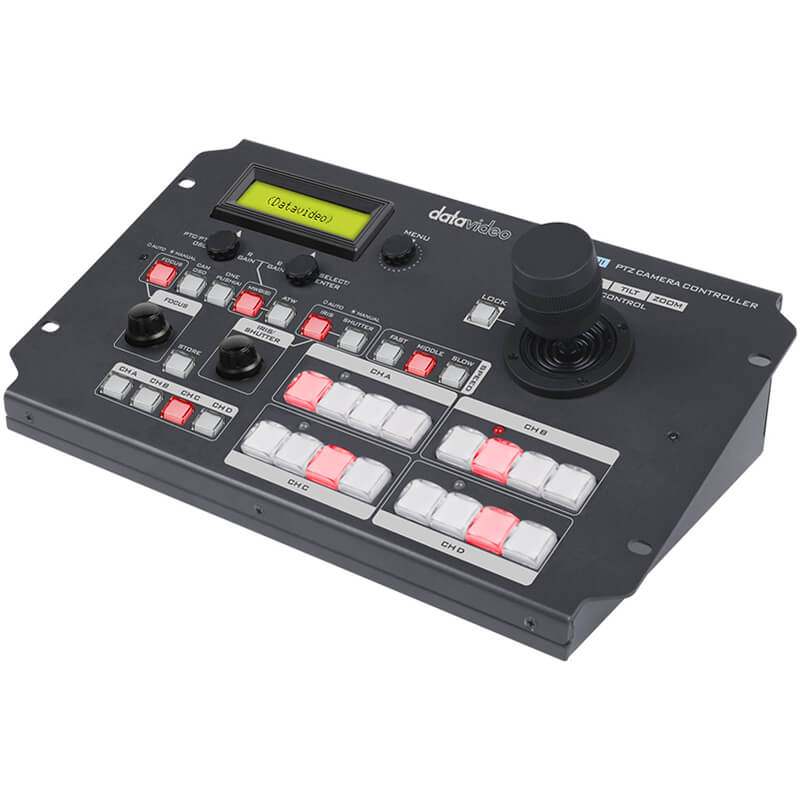 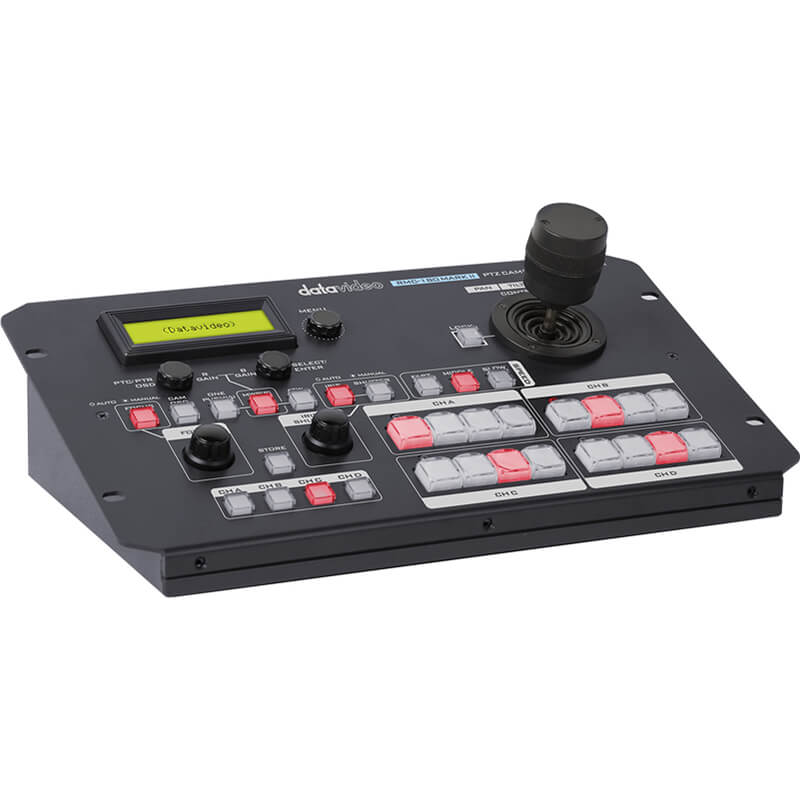 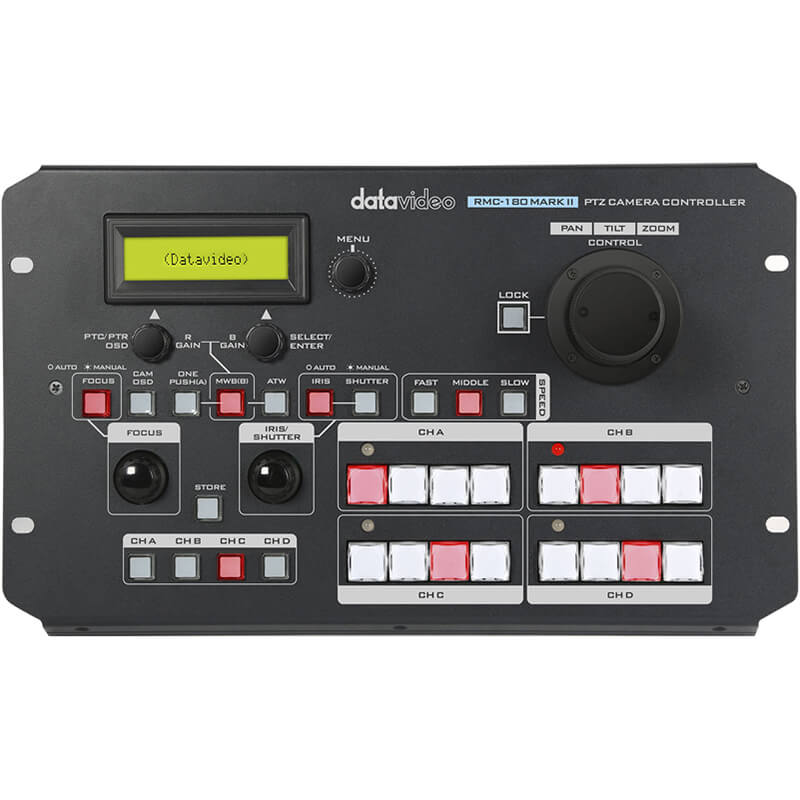 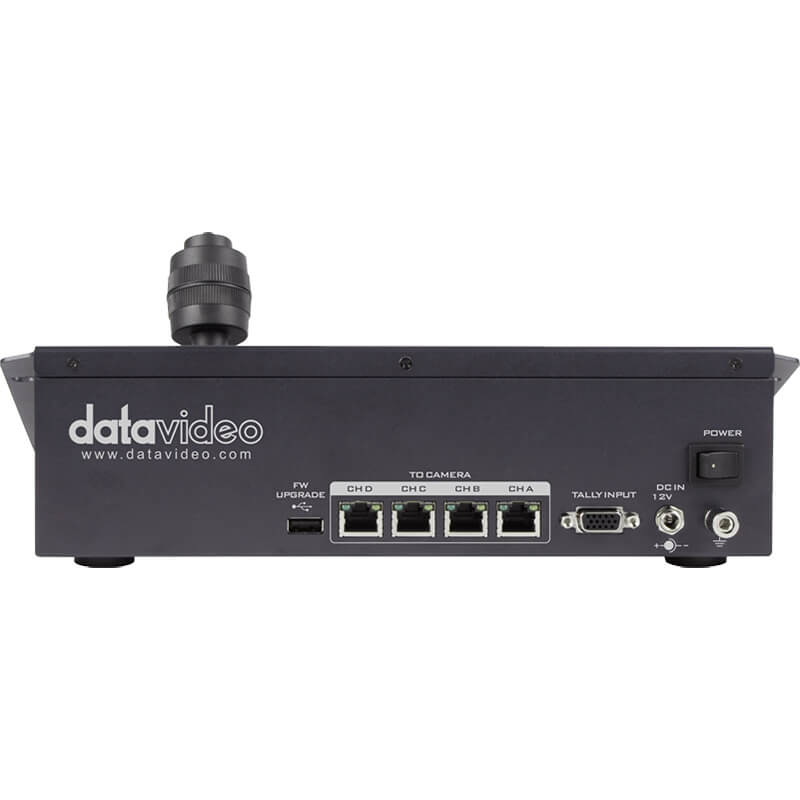 The RMC-180 MARK II is a camera controller, which allows you to control up to 4 compatible Datavideo PTZ, block cameras, or Robotic Pan Tilt Heads via RS-422.

Simple Multi-Camera Control at Your Fingertips

With its ergonomic joystick and tactile button layout, the RMC-180 MARK II makes it easy to set up and control up to four Datavideo PTZ cameras and Robotic Pan Tilt Head for any live video production.

Thanks to RS- 422 standard interface, four RJ-45 ports provide plug and play between RMC-180 MARK II and PTZ cameras. The interface standard is RS- 422 and uses any RJ-45 cable to connect the RMC-180 MARK II to the RS-422 port of the Block/PTZ camera.

The RMC-180 MARK II provides shortcut keys for up to 4 position presets for each of your cameras (up to 8 presets if only 2 cameras are connected). Easily program close-ups, wide-shots, and recall them with the press of a button. Recall the preset intuitively by pushing the mechanical buttons assigned to each preset.

RMC-180 MARK II controls of Pan, Tilt, and Zoom and Iris, Focus, Gain, and other functions such as the OSD on specific models. Control via CAT5/CAT6 cable with RJ45 connectors.

The controller can move the cameras (pan, tilt and zoom) at slow, medium, and fast speeds. It provides you with a quick option for your selecting the speed of your camera movement.

Compatible with Datavideo's switcher tally indicators. There are generally two tally LED modes, which are Tally User and Tally Input. Easy to implement in different workflow.