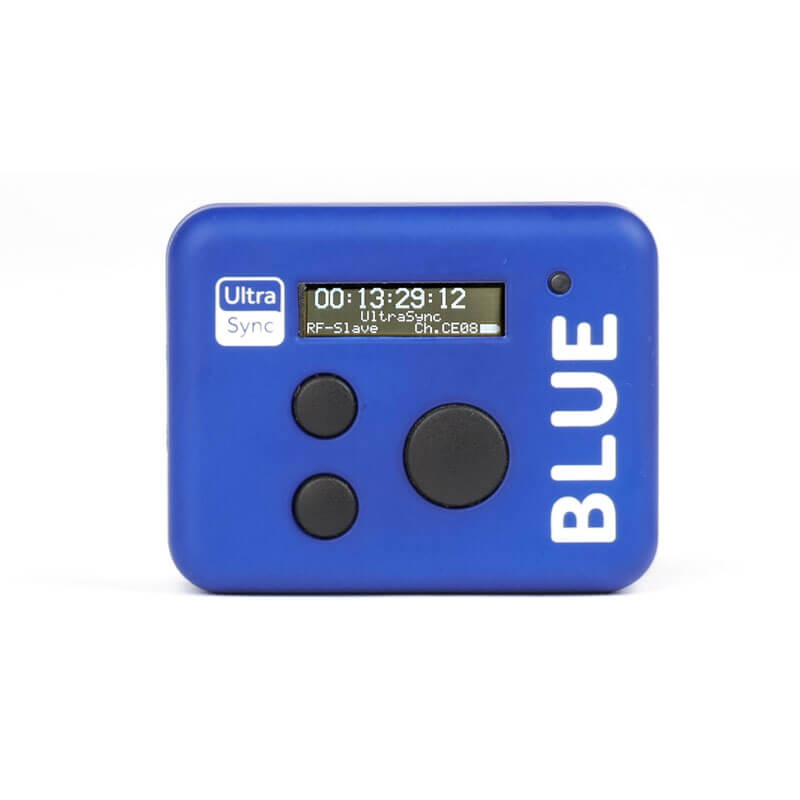 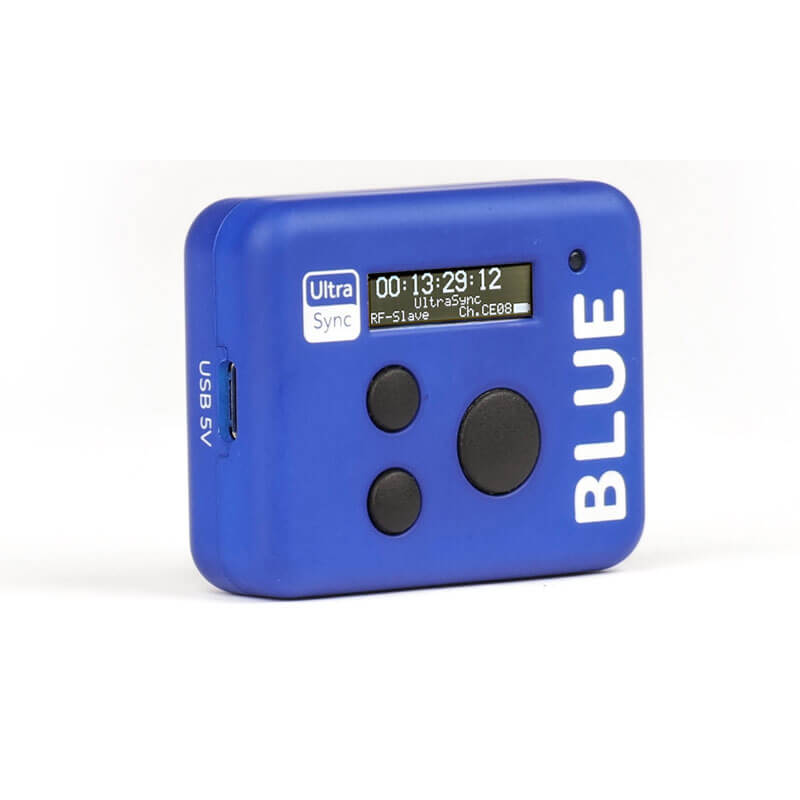 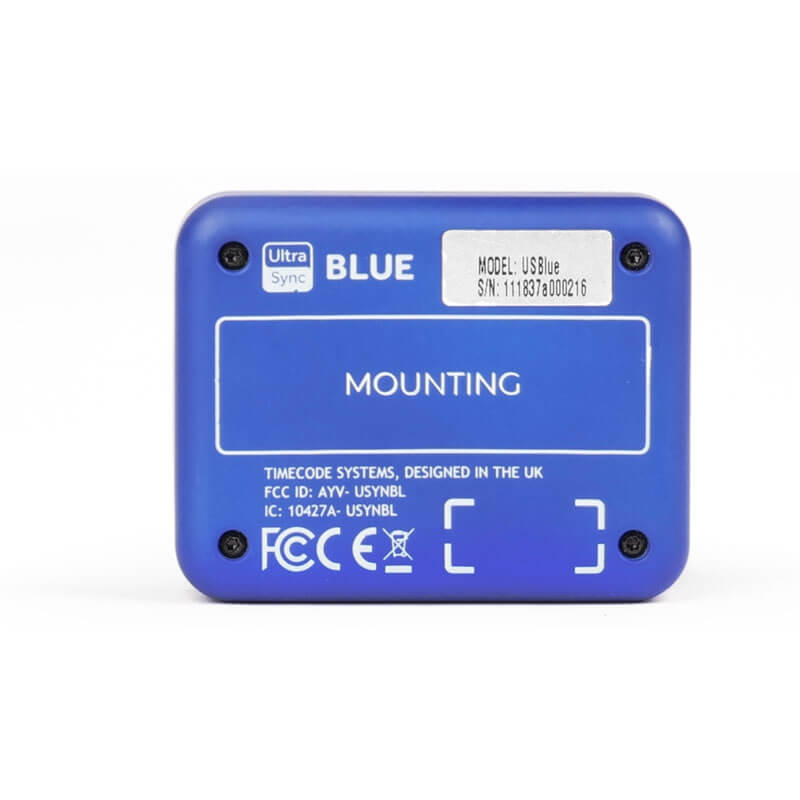 UltraSync BLUE is simple, low-cost and has the potential to synchronise any compatible camera or sound recording device with Bluetooth® connectivity. There are no cables to worry about, giving you more freedom to shoot from creative angles with smaller, more mobile cameras. It can even sync iPhones.

Full sync power without the wires

UltraSync BLUE is the first product to synchronise timecode over Bluetooth® to an expanding range of compatible cameras, audio recorders and apps, which have implemented the timecode over Bluetooth protocol. Once connected, timecode is transmitted wirelessly from the UltraSync BLUE directly into the embedded media file of connected devices. By removing the restrictions of a wired connection, users not only benefit from extra convenience, but also get even more versatility to choose how they sync.

Use a single UltraSync BLUE unit to sync up to six recording devices shooting in close range over Bluetooth. Or uniquely, also connect the UltraSync BLUE to a Timecode Systems long-range RF network and sync to other camera and audio recorders using Timecode Systems units on the same channel. The AtomX SYNC module also works on the same RF network, allowing you to bring wireless timecode sync to Ninja Vs, alongside other devices on set. A perfect combination of using two wireless technologies together to create a flexible and scalable sync system.

With 20+ hours battery life from a single charge, the UltraSync BLUE easily outlasts a full shooting day, without sacrificing on size, weight or features.

UltraSync BLUE is 55mm x 44mm x 17mm, weighs only 36g, features a high-resolution blue OLED display, and can sync up to six devices simultaneously. After an initial pairing set-up with the device or app, UltraSync BLUE automatically remembers and connects. Having this super accurate wireless sync available to the device or app, allows the manufacturer to embed timecode metadata directly into the media files. This industry standard timecode is recognised by all professional NLEs. The UltraSync Blue is designed to be user-friendly, discreet and unobtrusive to filming; saving time on set and in the edit.