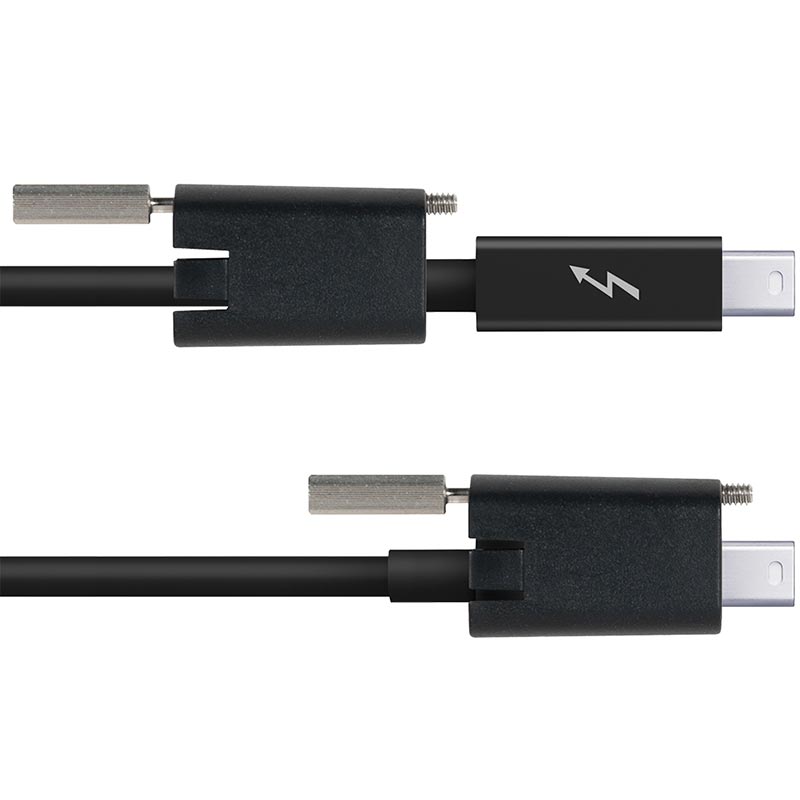 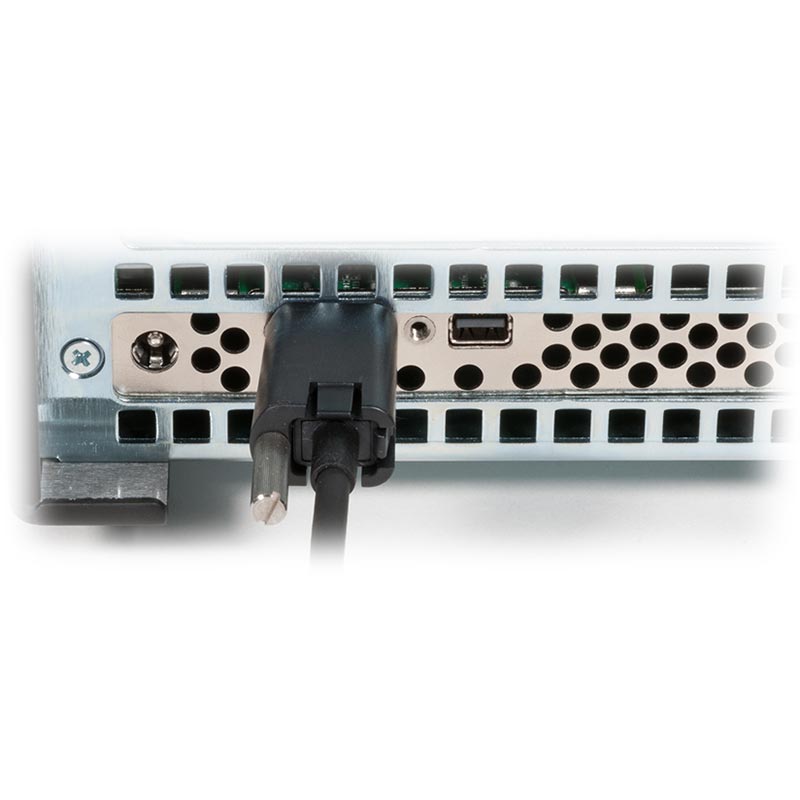 Benefit From a Secure Connection
Thunderbolt connectors are held in place by friction. While that works well in situations where equipment remains undisturbed while operating, when there’s a chance of movement nearby, there’s a chance the Thunderbolt cable can be unintentionally unplugged, possibly leading to loss of your work or data. To solve this problem, Sonnet designed the ThunderLok, a Thunderbolt connector retainer clip, to prevent accidental cable disconnections from many of Sonnet’s current Thunderbolt products. It is easy to install and use—just slide it over one end of the cable, and then plug in the connector and secure it to the product by turning a thumbscrew. Because of its unique design, ThunderLok does not attach to the connector, but remains on the cable so it won’t get lost when not in use. Sonnet already includes a single ThunderLok with many of its Thunderbolt products. Buy additional ThunderLoks to secure a downstream device’s cable! Works with all known copper Thunderbolt cables. Does not work with optical Thunderbolt cables.