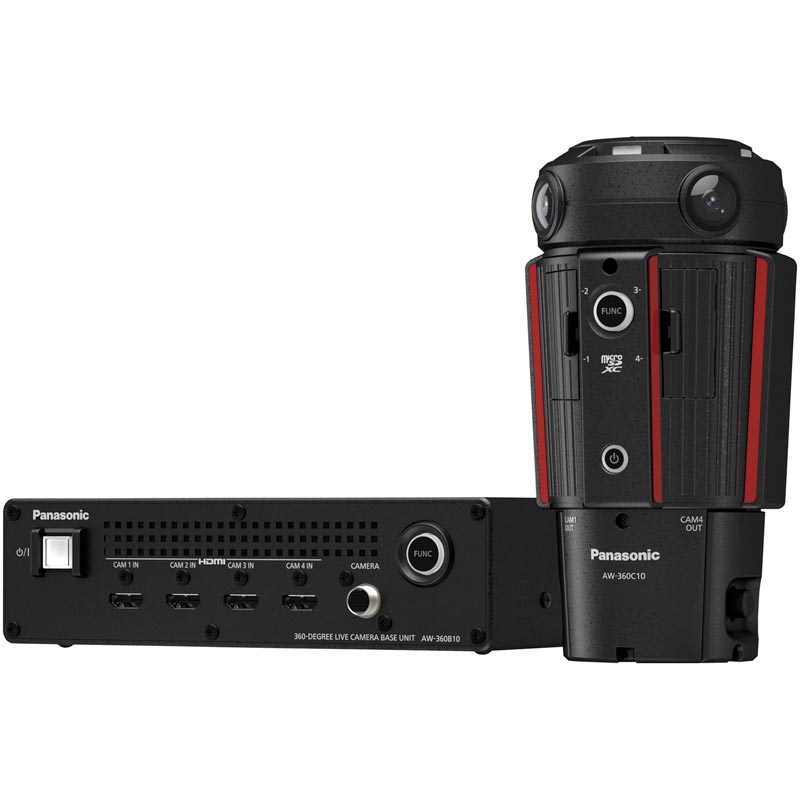 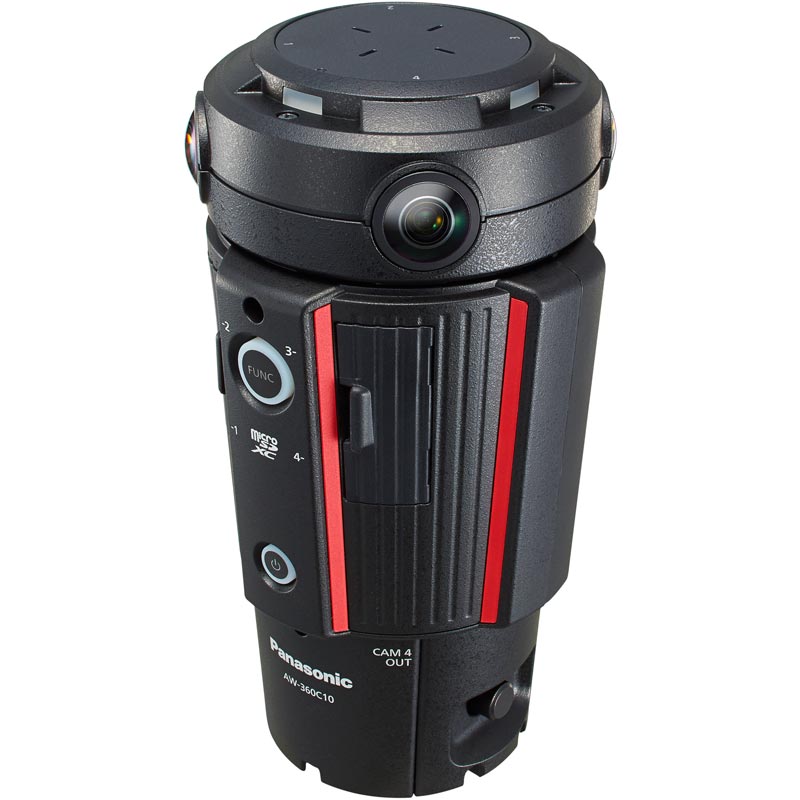 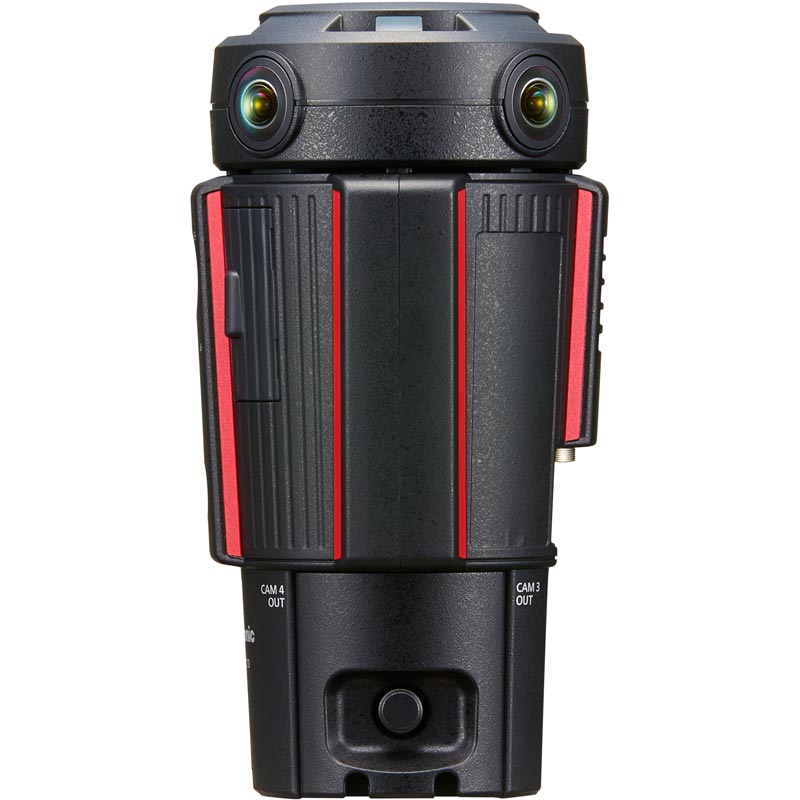 This system generates industry-standard 2:1 equirectangular format 360-degree video by stitching the output of four cameras, giving the viewer the sense of immersion in a variety of scenes, such as live broadcasts of sports, concerts and other stadium events.

The 4K (3840×1920) high image quality provides the immersive experience, as if you were there. There is also a high level of operability, with natural images matched to the environment being generated by automatically controlling the exposure and white balance of the output of four cameras without a PC. In addition, seamless video can be generated because the high-precision “Real-time active stitching function" continuously changes the stitching position by automatically detecting a subject at the seam.

(With 360-degree cameras, images at the seams tend to be distorted when stitched as-is, but the AW-360 solves this problem with its high-precision real-time active stitching.)

Real-time video transmission is possible because 4K/30p high-resolution video is generated with low latency. Easy installation/uninstallation at a shooting site makes operation even more flexible. Not only is this system capable of monitoring and changing configuration remotely via a network with a PC or tablet such as an iPad, but it also allows for control from iPad in a Wi-Fi environment. Furthermore, the 360-degree Live Camera is designed for professional use, offering high reliability with the features that address operators’ most specific needs, such as prevention of unexpected cable removal. 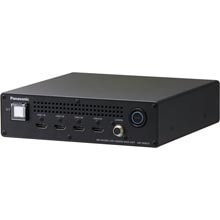