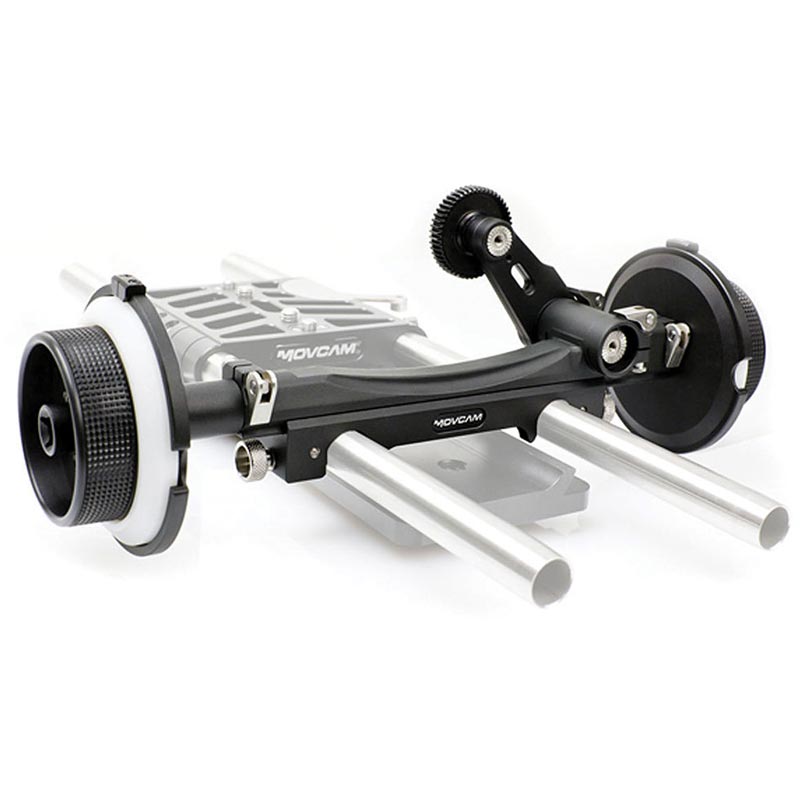 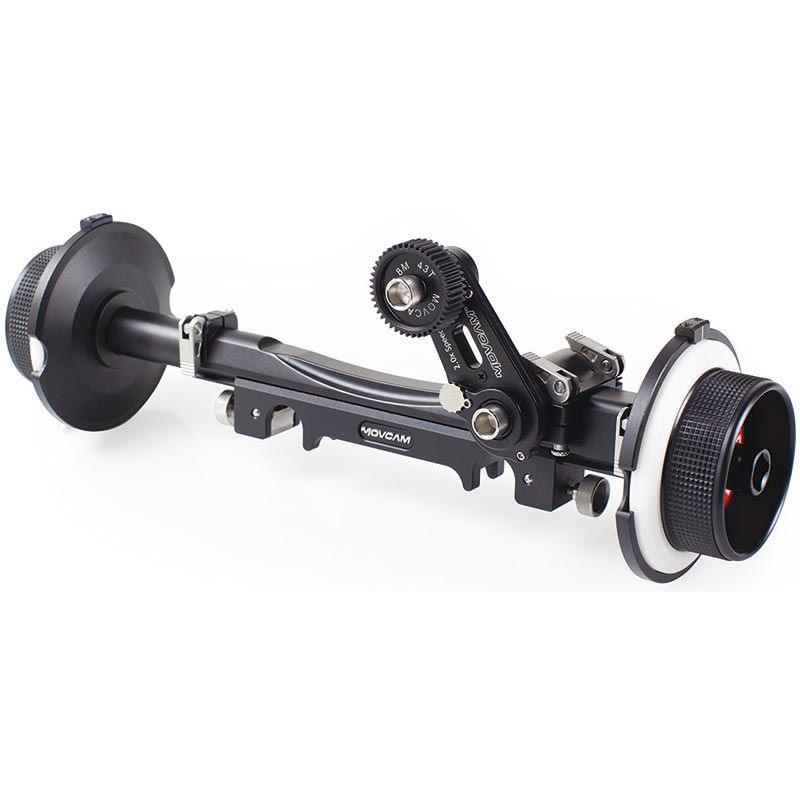 The Studio Follow Focus is a dual-sided follow focus system for cine cameras such as the RED, Alexa and F65. Three Swing Arms and five Pitch Gears are included to accommodate different lens constructions and different gear ratios. Instead of sliding the entire system closer to a lens, you would attach the appropriate Pitch Gear onto the applicable Arm and drop the Arm onto the focusing ring of the lens, and the teeth of the Gear will connect with the teeth of the lens. The three Arms come at speed ratios of 1x, 1.5x, and 2x, and the five Gears at gear drives of .5, .6 and at three variations of .8. All five Gears are compatible with Canon and Fujinon video lenses.

Two Handwheels are included along with a marking disk for each. Having two wheels provides a few conveniences, such as allowing an assistant to pull focus from the other side of the camera when one side is obstructed. A 12" focus Whip and a mini focus Lever are part of the system and make pulling focus easier for both the assistant and the camera operator. Both the Whip and the Lever can connect into either Handwheel. The Whip allows an assistant to pull focus from 12 inches away, and the Lever lets the camera operator gently use just one finger to pull focus. A removable Wheel Extension that attaches to the Base on one end and to a Handwheel on the other end serves to push the Handwheel out a bit, clearing space between the Handwheel and the Base for lenses that require more space, such as lenses with larger barrels.

The system comes with both a 15mm and a 19mm Rod Bridge and can thus be mounted onto either standard-size 15mm rods or onto 19mm studio rods.